Now a special day for all Fathers too…..! Special in Archie's Corner

‘The heart of a father is the masterpiece of nature’ – A F Prevost.

Now a special day for all Fathers too…..! 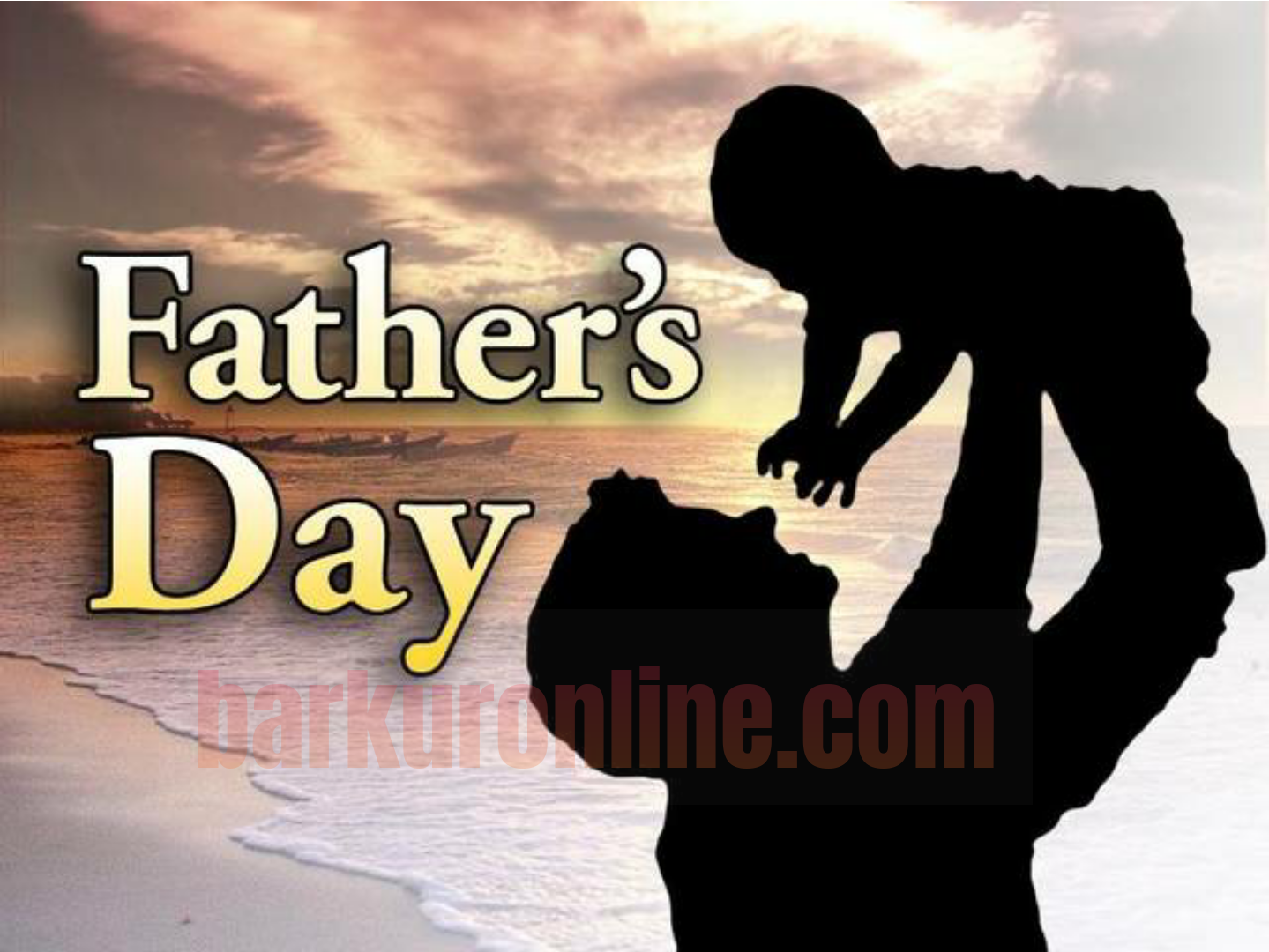 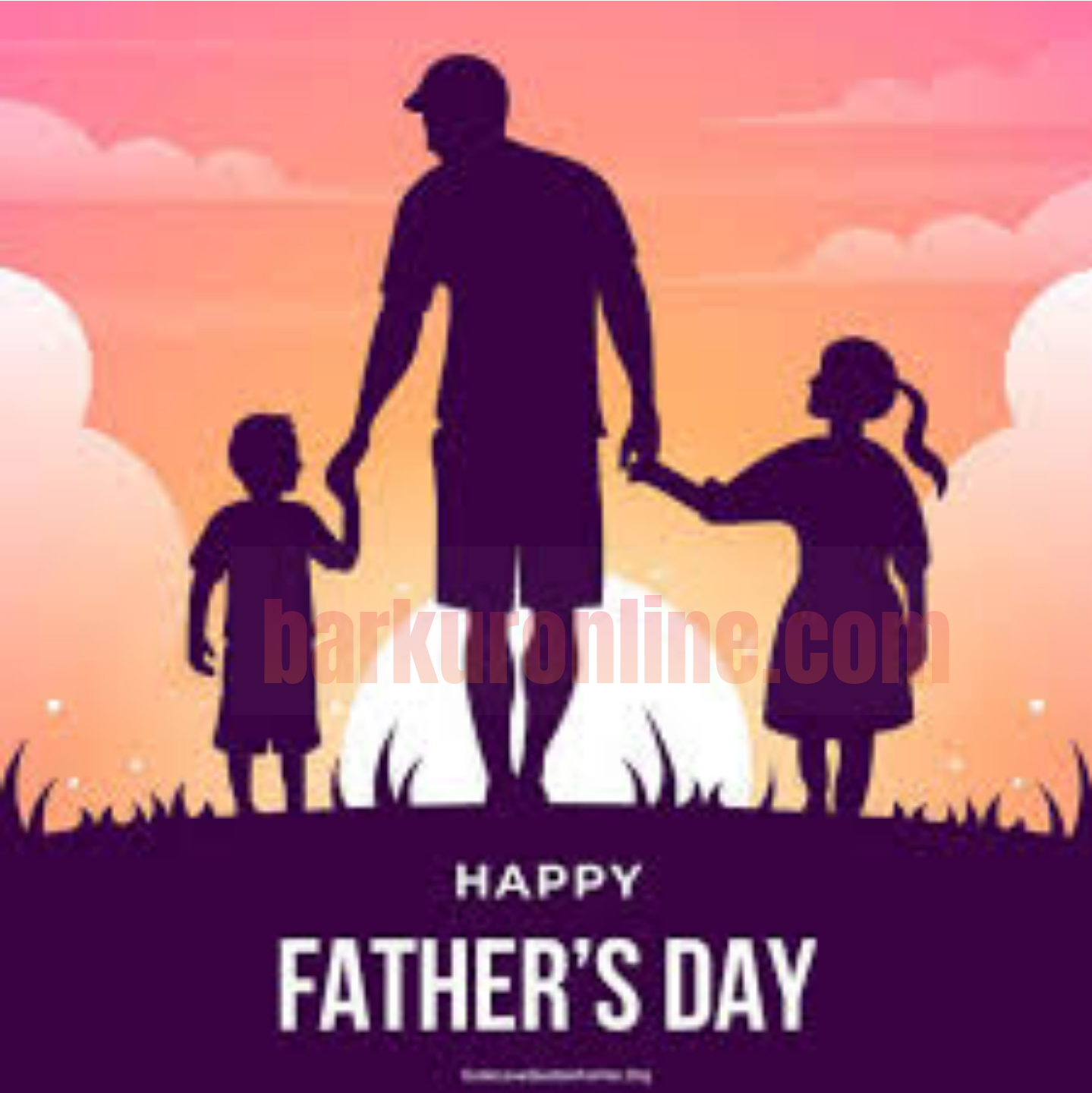 We have 365 days in a year….and United Nations and other National and International agencies took initiative to allocate a particular date or a Sunday for a particular professional, such as Teachers,  Nurses, Doctors, Engineers day etc and at times a distinctive community, say Labour Day on 1st May / a distinct workforce, language etc … More than 50% of world’s population are females and a ‘Women’s day’ on 8th March……..so that we can specially focus and understand their importance contribution and relevance…..

To be frank, when I heard of ‘Fathers Day’ celebrated on 19th June, many years ago, first I  thought, it was my ‘Parish Priest’s Birthday’….! We were knowing who Papa is, but he is our Father that we came to know only in 5th Standard,  in Maryknoll precisely when Teacher Elsie Carvalho taught us English words for primary relationships  - who is father, mother, brother, sister etc. Till then our priests were the only fathers….!!

There is a Children’s Day celebrated in India on 14th November and so on. In yester years, there used to be big fanfare, visible celebrations seen in our Schools on ‘Children’s day’ and today the world of Internet / Google etc remind, what is special every day. We must have observed, unique days like ‘Mothers Day’ (usually second Sunday of May, every year) means a lot for all or many of us…. Then  starts the exchange of greetings, songs, special articles in daily news papers, periodicals etc…. memes, videos, even cartoons make a beeline almost 24/48 hours…..because while Japanese start Mothers’ Day, Americans are lagging behind by 18 - 20 hours hence they share their cards the next day to their friends and relatives, around the globe……Many a time these greeting cards are copied and no one knows the originator…..If a spelling error committed in the first who made / created  it, the same will be continued….. Laymen don’t even know the meaning of these verses….however quick to share, if any photograph / picture found attractive….! 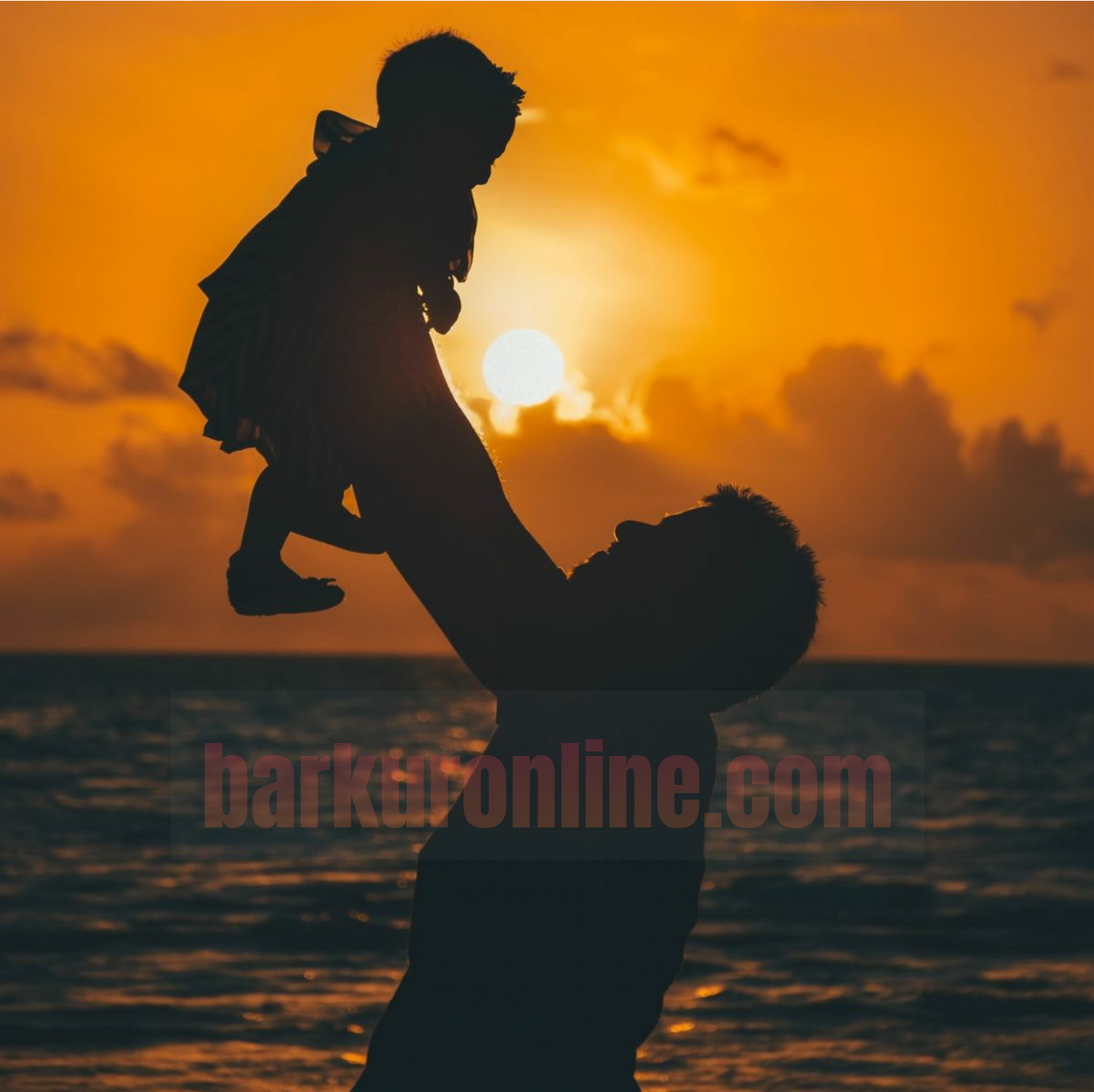 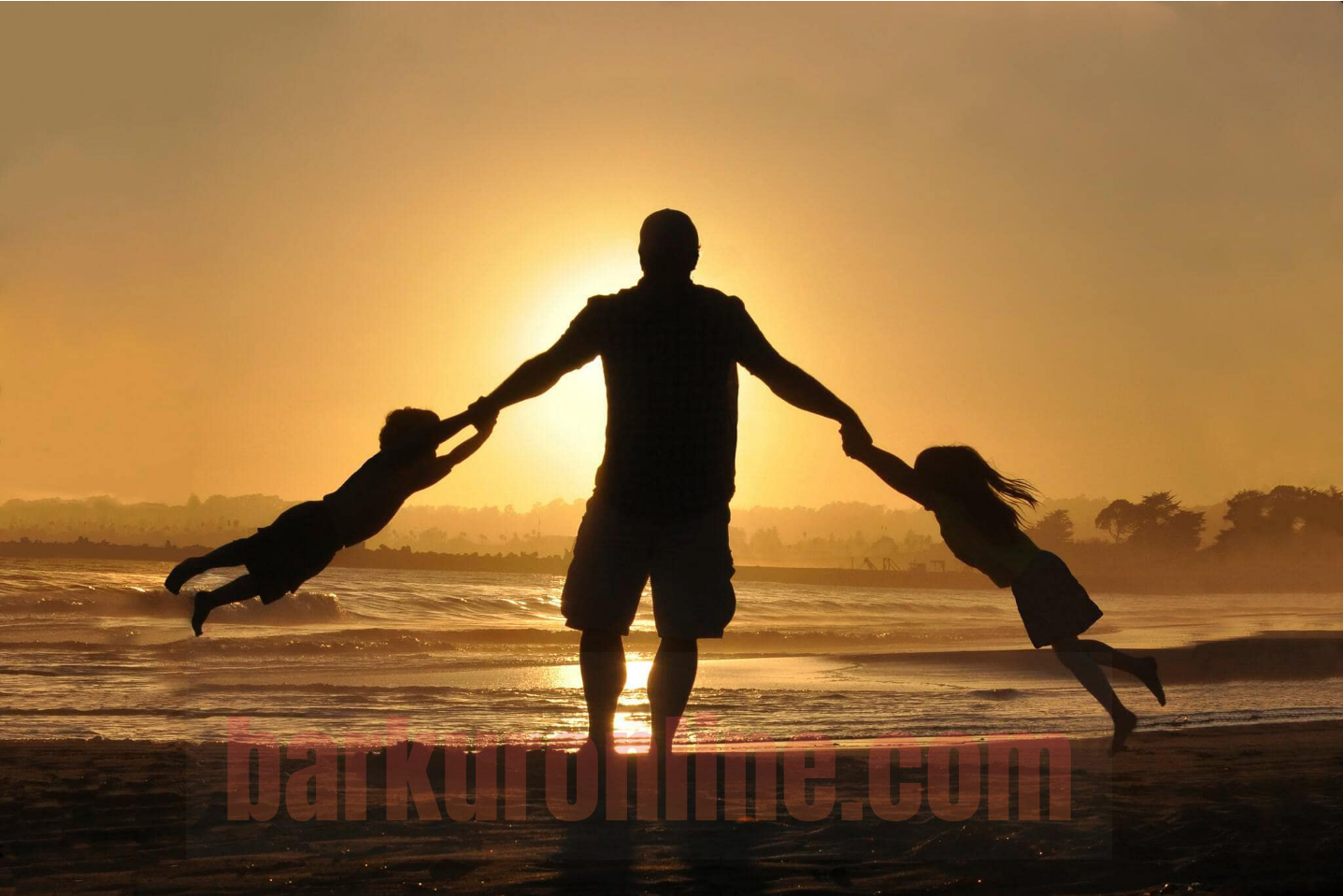 Of course that is not the subject matter over here, and coming to ‘Fathers Day’, multiple thoughts come to our mind. I was given to understand that, first this day and date was fixed in US by Sonora Smart Dodd, on 19th June, 1910 who held her father in great esteem, was a daughter of veteran of American Civil war, William Jackson Smart, who lost his wife 1898, and in later years he single-handedly raised their 6 children…..!! It was President Lyndon B. Johnson signed a presidential proclamation declaring the ‘third Sunday of June as Fathers Day’, in 1966. Many nations followed US and today as many as 111. It was / is a day to honour fatherhood and paternal bonds, in a way recognise their role, significance and influence in a family / society. (In Australia it is normally celebrated on the first Sunday of September….)

We Indians are always quick to follow Western Culture and in these days along with ‘Valentine’s Day’ which is very close to youngsters, ‘Fathers Day’ too was / is observed in elite families…. It doesn’t mean Fathers are forgotten in our family or society……In our culture generally parents are adored and respected to the core, next to Almighty Lord and probably because of this inbuilt reverence, no special ‘Mothers or Fathers day’ become so familiar or popular, contrary to the one day remembrance in some advanced countries….?

As per traditions, this year, Sunday 20th June will be International Fathers Day.

Days are moving fast…. and impact, influence of media, whether good or bad will be reflected in everything, as we are part of Global village today…..This is just a small effort to reflect on ‘modern day father’ in our own homes and surroundings….

‘Mother is a reality, whereas father is just an illusion’. The above saying holds good in almost all living beings. Human being seems to be an exception. Motherhood is achieved / enjoyed only after a lot of pain, sacrifice, dedication etc. And no one can challenge its greatness, sanctity, holiness etc. That’s why every male adore her more than females. 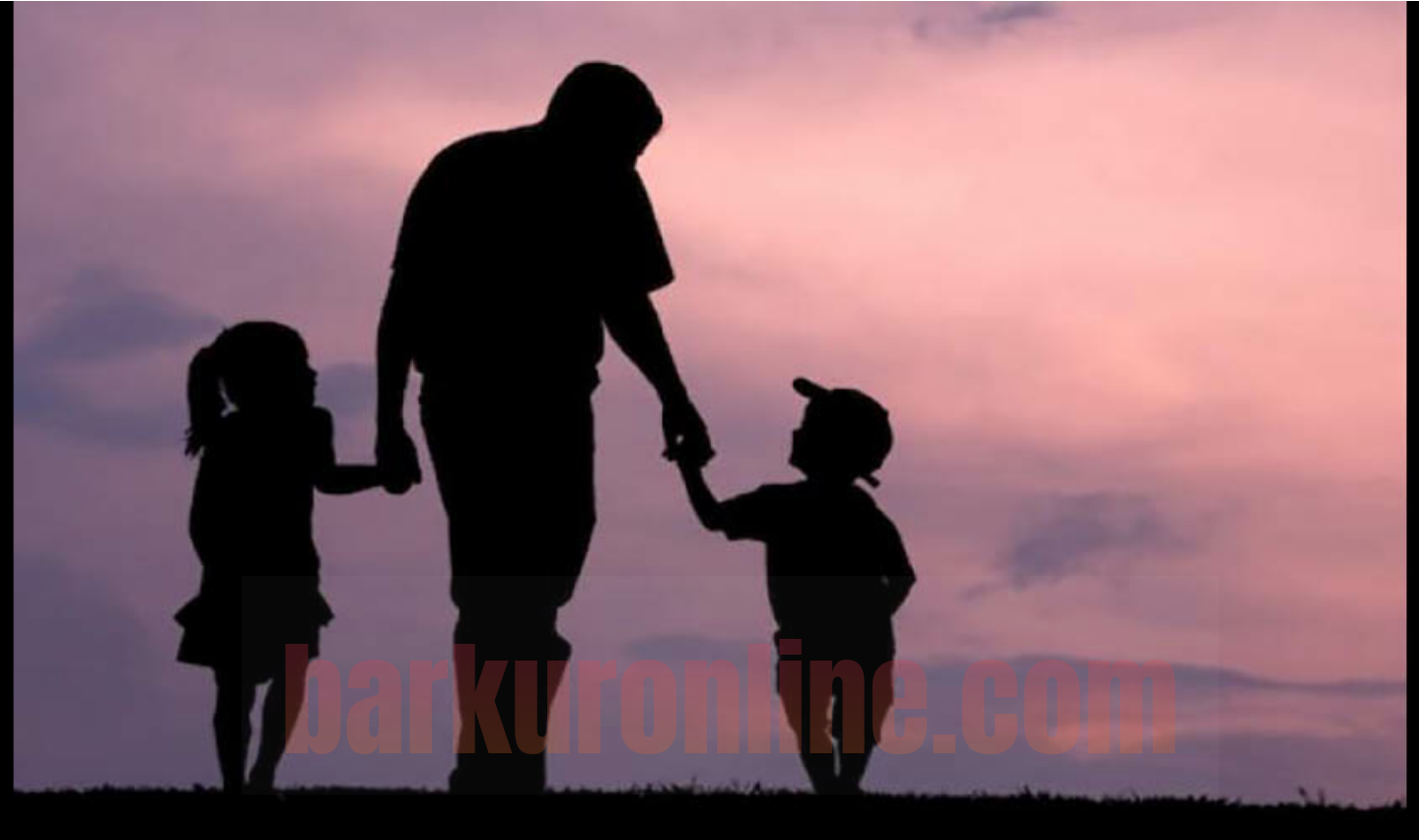 Father too does a lot of sacrifices being a contributor in recreation. Many a case his role go unnoticed or unheard even unappreciated. Here too a funny thing many might have noticed….. and which is quite natural Psychologists say – for a father, girl child is / are more attached, concerned, caring and passionately loved too. Similarly a father enjoys that very special bond of free and fair emotional closeness…….something mysteriously awesome and it can only be made from heaven…!

Since major part of literature created by men, they have all praises for a Mother. (Girl friends before becoming wife, liked, cared, even appreciated more, some observed, even complained….) In other words, daughter’s emotions, feelings, glorification of her father most of the time remain unexpressed, invisible, not documented in almost all forms of art, folklore, writings etc.

At times a father is grossly miss-understood. ‘By the time one realise that his father was right, he will have a son who thinks that his father is wrong….’ a statement I read somewhere…..! This will elaborate both his responsibilities, obligations and at times loneliness and rejection…..!!

‘Many ask a question’, one priest told while delivering a homily, ‘how I can be a good father..?  And he suggested “best way to be a good father or a best gift a father can give his son / daughter is to love her mother…” Yes because of his wife bearing a child, man becomes a father. Further, the goodwill and respect a father enjoys in a particular family depends mostly on two factors – first one how he is….? and secondly how he is introduced, to his children by mother. I have seen women in my village who loved their husbands, never abandon them; even when there were hundred reasons to give up, they had one good reason to hold him on for life time…..!

There was a time, a father was just an ATM machine, to finance, a bread winner….Today both husband and wife are educated and in most of the cases, in towns and cities, support the family economically. Socially the status of parents is equal and complimentary to each other in the family and influence the growth of their children. The days of husband serving in distant Mumbai or in Gulf living alone and remitting MO or demand draft every month, coming on a vacation of a month or two once a year or two are gone….

A big change in our place is that greater numbers of women have entered the workforce. Many of them get jobs because of financial necessity or in a few cases to achieve freedom from women’s traditional role of child bearing, rearing and house work. The traditional division of tasks between parents changed, as many fathers now play a more active role in the care of children and home.

Today every young wife insists and expects to be with her husband and vice versa, that is the best thing happened in our society, in recent years. I am sure this will save and safeguard family life and attachments to parents. However, in exceptional cases though the situation may compel them to be far away from each other, today, communication has become so easy, convenient and cheap, as it facilitates regular interaction and intimacy…..!

A father or Dad, a ‘son’s first hero and a daughter’s first love’, just not only respected while he is young and energetic but in the evening of his life, let us not ignore or reject him, who has given his best to raise his children with all good things beyond his capacities – love, care, social status, education, career and a beautiful family to live in……In short, the patience and perseverance he needs to create everything potential in his children’s life is kind of an issue that creates him superhero in his children’s eyes….

Some suggested, today special days for father or mother may not be a necessity and better combine it as Parents Day. There is nothing wrong, let us celebrate one day exclusively for all fathers - aged and fragile, foster, spiritual, social, single, lonely and biological. It is essential to us to respect parenthood, understand its responsibilities, and enjoy the bliss of loving and living together every day, in a family. And I respectfully dedicate this page to my beloved late Papa, my inspiration and support, who taught four of us to ‘always stand-up for what is right, even if compelled to be standing alone….’

With all best wishes to all fathers – ‘A HAPPY FATHERS DAY’,