A 7 to 8 feet long Python was found near Maryknoll High School. It was caught and later handed over to the Forest Department Executives.

Today noon at 12 pm or so, the Python was found behind the convent. Cleaning work of the pond over there was in progress and the workers located the huge Python. They informed in the convent and then Praveen Fernandes with the help of the workers caught the Python and it was brought out of the School premises. Within no time the news got spread all over Barkur and people started coming to have look at it. Children from Maryknoll Primary School also came down. The forest department executives were informed and in half an time span the Python handed over to them. 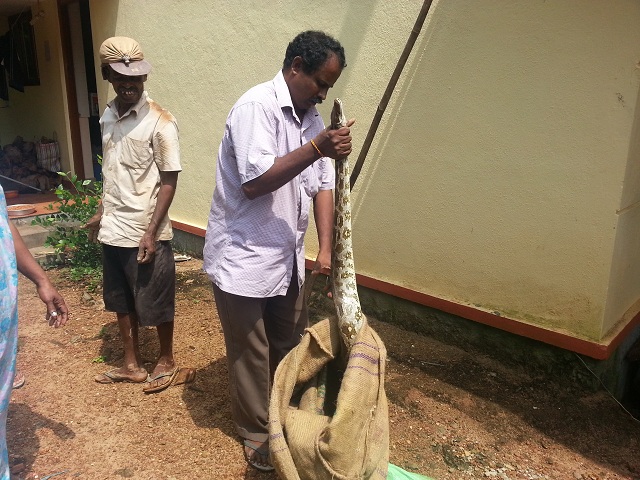 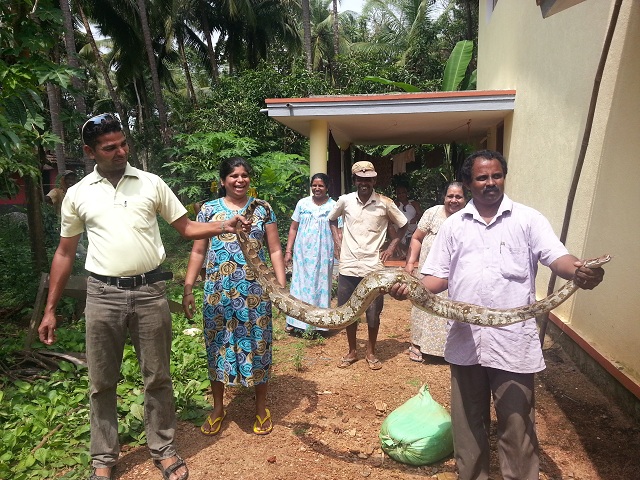 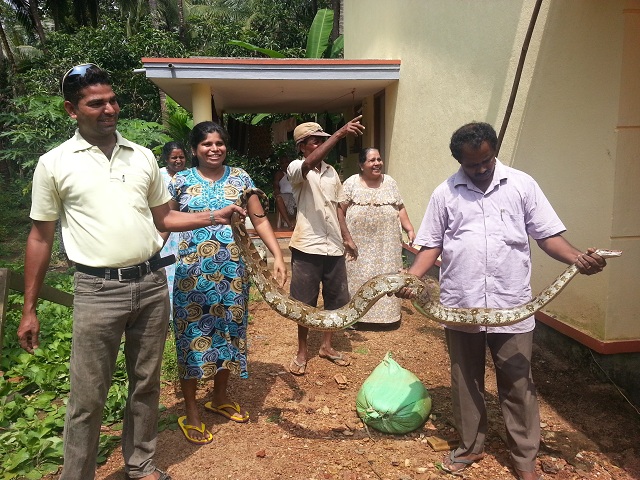 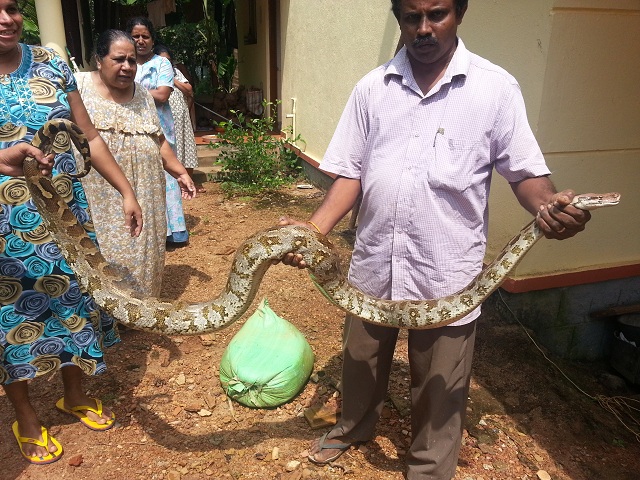 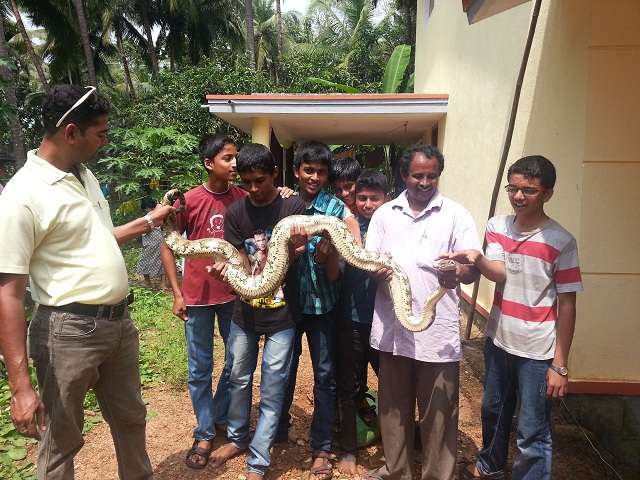 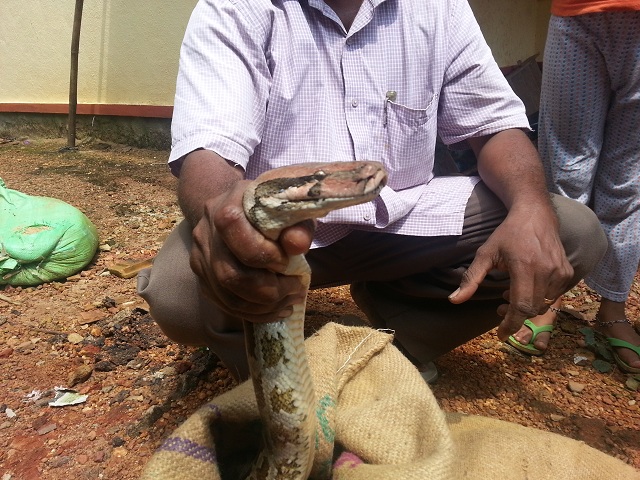 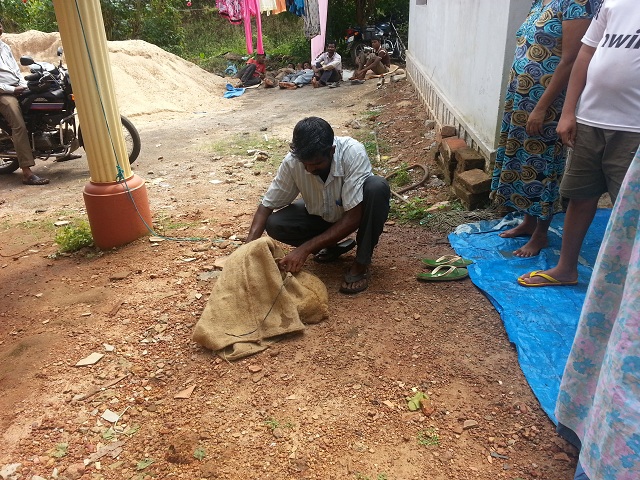 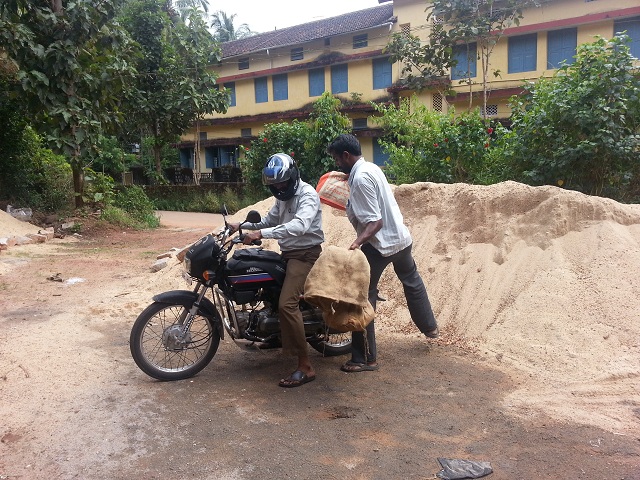 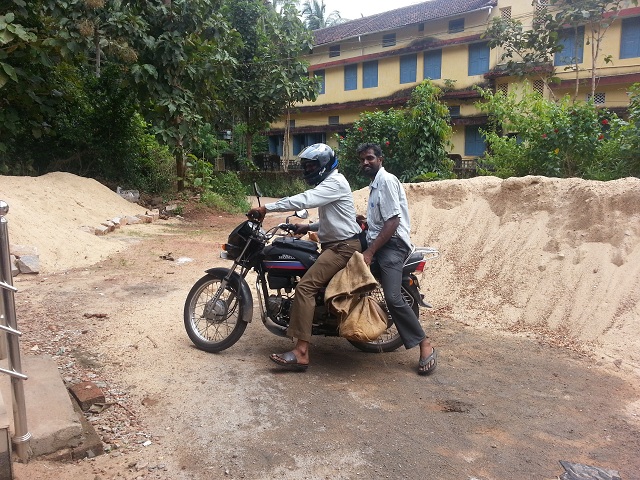