Team owned by Kishore defeated the team owned by Suresh Kundar to win NJC Trophy 2021, a 40 yards Cricket Tournament organised by NJC Friends for the players of NJC.  The tournameNnt was held at National Pre University College grounds.

Rajesh won Best Bowler and Ranjith Ganiga took home the title of Best Batsman. Sukesh Shetty emerged as the Man of the series. 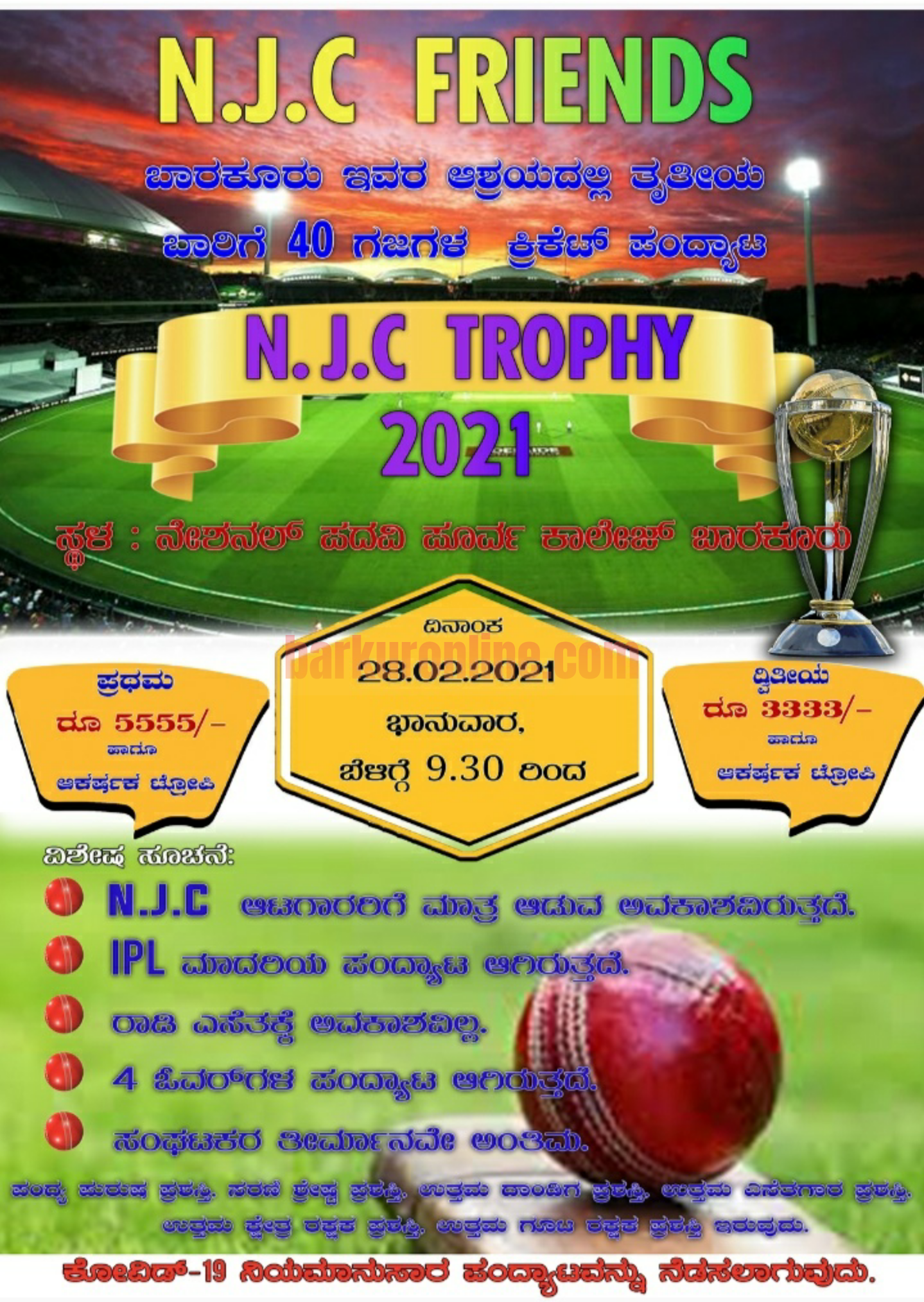