Amrutha A  from Barkur has won  Gold medal in 'India Kick Boxing in the category Creative form with weapon and Bronze medal in Musical forms with weapon, in Indian Open International Tournament which was organised by Vako India kickboxing in Delhi.  Seven countries have participated in the tournament and twenty three contestants representated India from Karnataka. 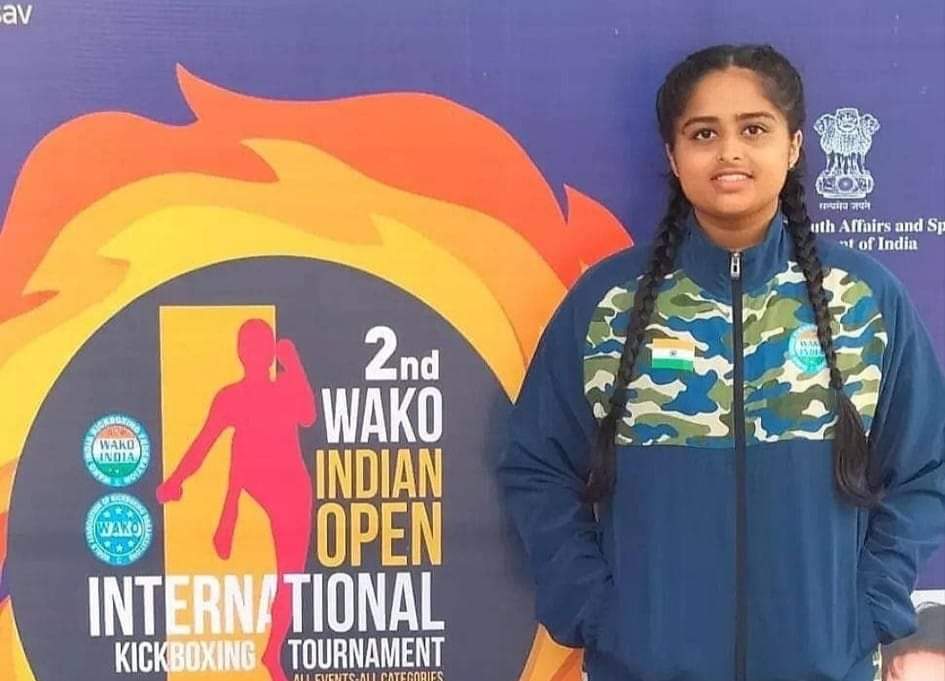 Amrutha is persuing her degree in BCA in SMS college Brahmavar and has been trained  in kickboxing for twelve years by Renshi Vaman Palan.

She  takes karate classes in 'Gadduge Amma Temple in Chandar. She is the daughter of Mr and Mrs Jyothi Achyutha Pujari Barkur. Hailing  from a middle class family, this rural Talent Amrutha can surely participate in Commonwealth games and Olympics games  if   she gets proper guidance, co operation and opportunity.