"Siri banda kalakke karedu danava madu…”  is a very popular saying in Kannada and still there are people around us to remind us this ideal in life. Two most deserving youngsters in Sharat Kumar, CA student 7 Jyanesh Kumar, IV BE Student, both son’s of Barkur, Kotekere Mr Shekhar & Mrs Shanta Marakala who were fortunate to be touched by philanthropist Shri Ganesh Kanchan, Barkur, a well-known Chartered Accountant by profession, who took personal interest, initiative and shown concern by handing over a newly constructed house.

The handing over ceremony and Griha Pravesha of ‘Ganesha Kripa’ was made on 11th June, 2022 and incidentally this was 29th House to be built by the well known Trust – Yakshagana Kalaranga, Regd, Udupi. 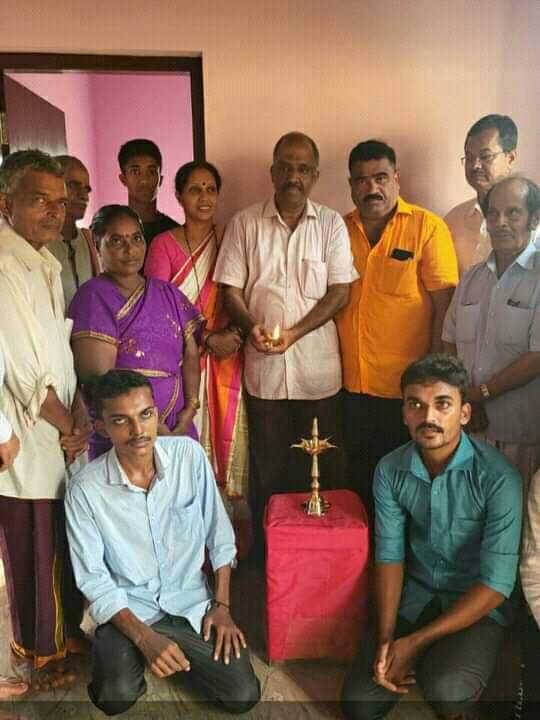 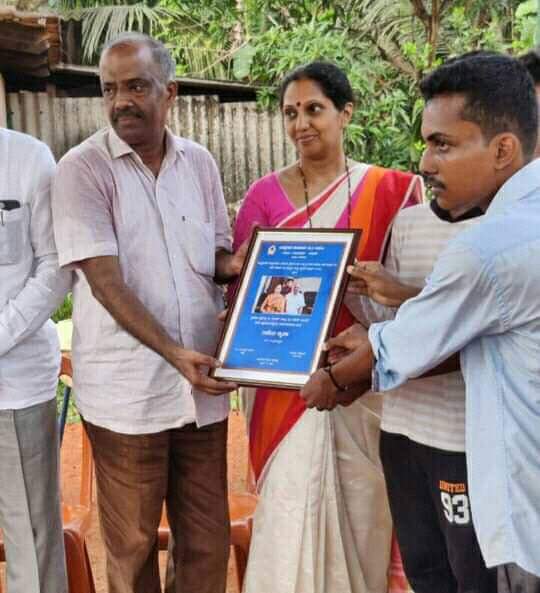 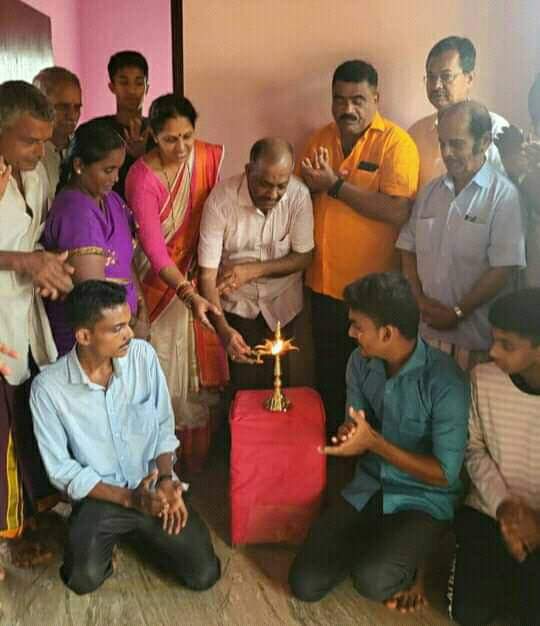 Shri Srinivas Shettigar is a proud Barkurian the Proprietor of Shettigar Industries, who is always in the forefront to respond to the needy deserving people around  was the guest of honour, appreciated both the Trust authorities and  G Kanchan couple, in their yeomen work in these most deserving cases. Further he assured, his help and contribution whatever small way possible towards such and other genuine needs.

After performing Pooja and rituals in his address, the donor and sponsor Mrs Prafulla and Mr Ganesh Kanchan, shared his feelings. “Let us not forget the ladder we climbed and the boat we used to cross the river, the people, educational  institutions and platforms which extended helping hands in needs never be ignored…..” he told. 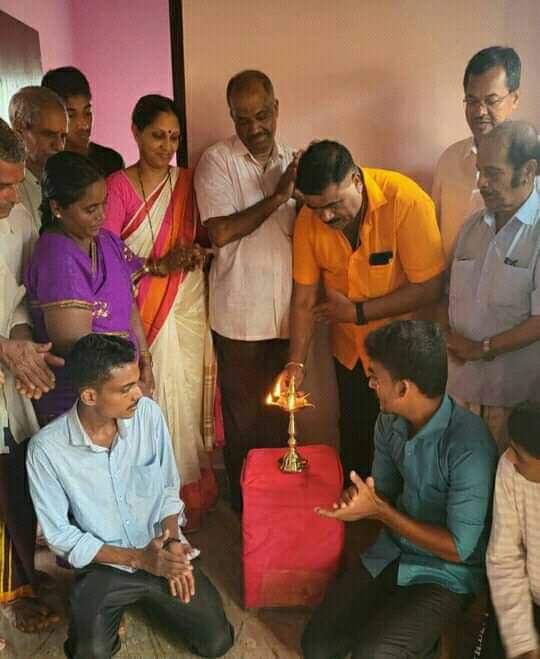 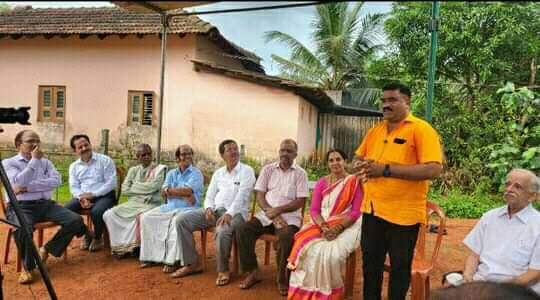 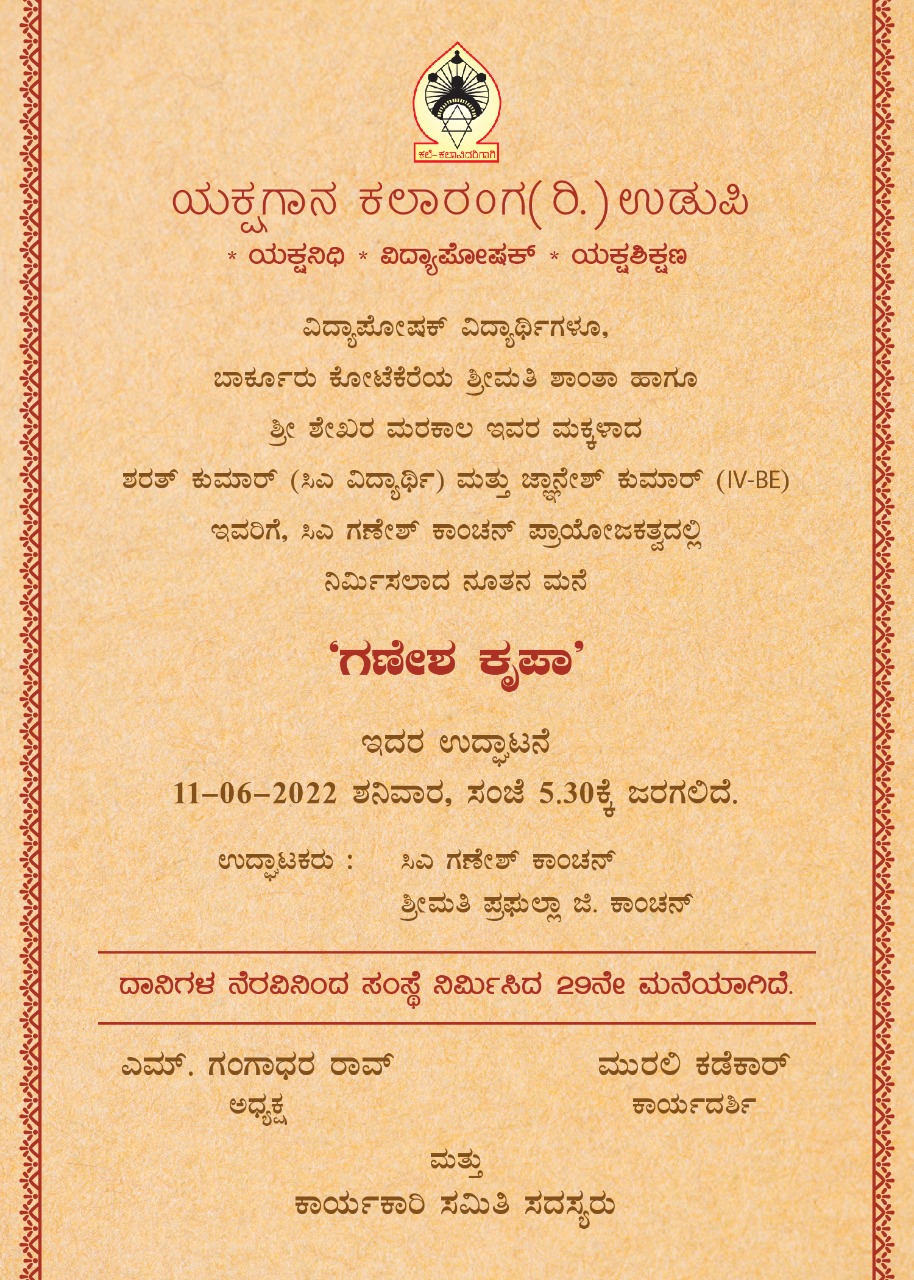 In the beginning President of the Trust, M Gangadhar, informed another 6 such houses are waiting for inauguration. The programme was compeered by Secretary Murali Kadekar with brief introduction while Prof Narayana proposed vote of thanks