3 enthusiastic youngsters, Ashwin Almeida Barkur, Stalin Alva and Joyson DSouza dreaming of something new, have come up with the franchise of a vehicle maintenance system at Santhekatte Kallianpur in Udupi District. Their debut venture first of its kind in Udupi District started on 24th April 2021 is slowly gaining momentum with the vehicle owners of the district. 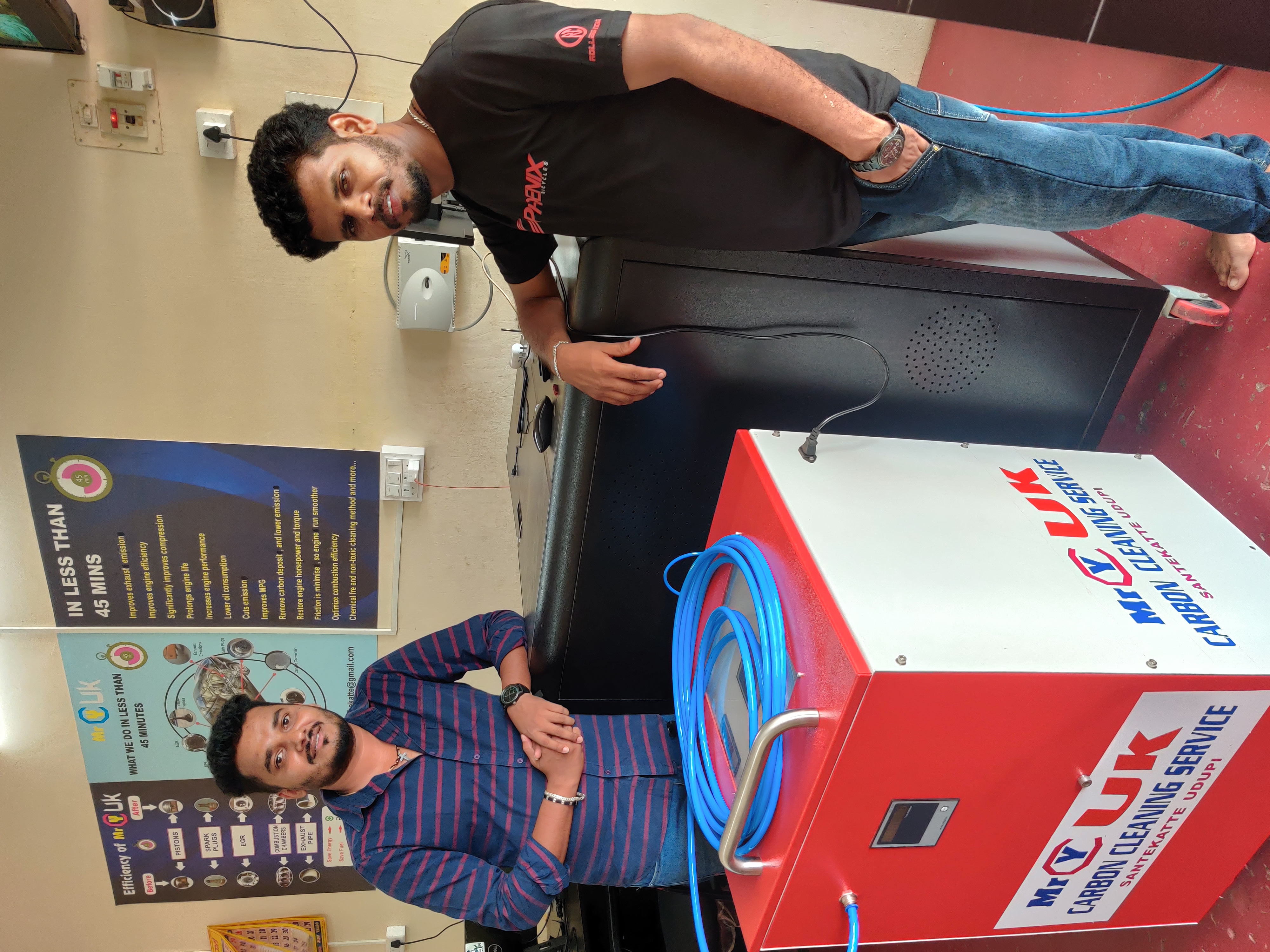 What is Carbon cleaning service?

The aim of carbon cleaning is simply to remove sooty carbon deposits from the inside of your car's engine without harming the engine components.

The Engine Carbon Clean system works by using tap water to create Hydrogen and Oxygen which pass through the air intake of an engine and out through the exhaust system as a gas, helping to remove the excess carbon that leads to poor running issues.

It’s a simple and safe process and requires no dismantling of engine parts or the use of harmful chemical products. We recommend using the Engine Carbon Clean service as part of your vehicle’s regular maintenance schedule.

Carbon buildup occurs as the fuel burns in your car. ... Older gasoline engines relied on fuel injectors to spray fuel into the air intake manifold where the air and fuel would mix. This mixture then moved through the engine cylinders at timed intervals and to the spark plugs where it ignited and boomed. 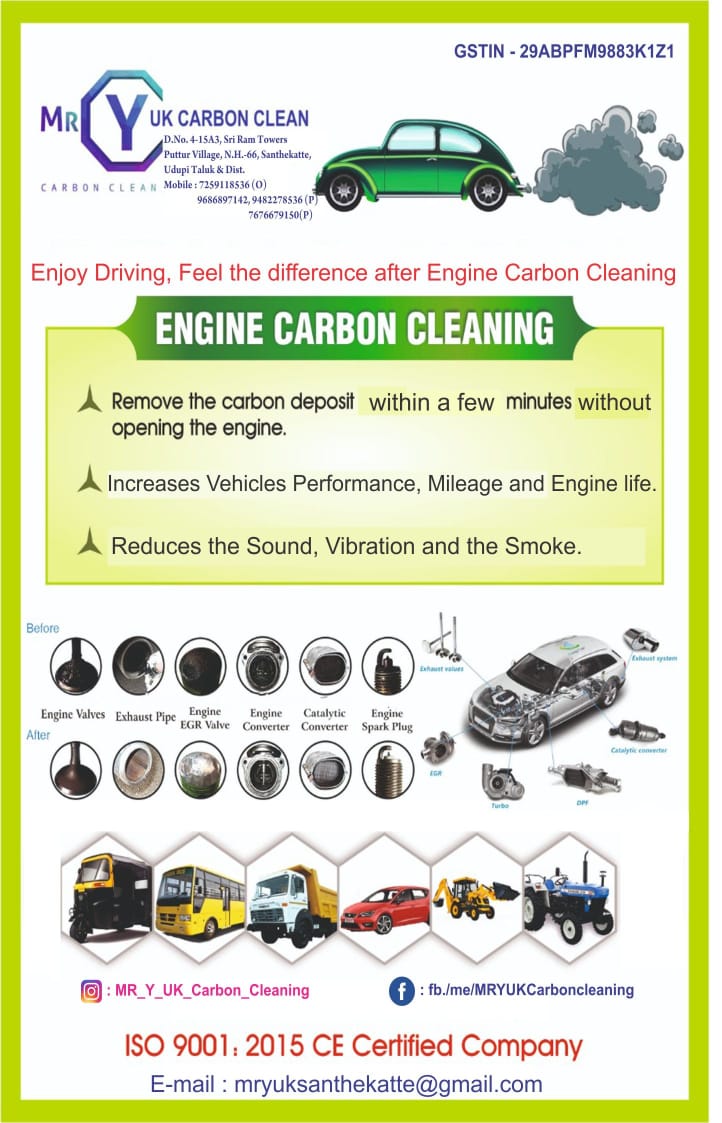 What is need for engine carbon cleaning?

First, let’s look at the reasons an engine might need to be cleared of carbon at all. Petrol and diesel produce power by burning fuel, and this creates sooty exhaust gases. Emissions control devices such as catalysts and diesel particulate filters keep the amount of soot which reaches the atmosphere to a minimum, but there is still some which is deposited on components inside the engine and exhaust system.

Vintage cars built before modern oils and fuel technology came about would need a ‘decoke’ every few thousand miles, which involved opening up the engine and physically scraping off the carbon deposits. Thankfully that is no longer the case, but engines can still require a carbon clean - especially (and ironically) those which are fitted with advanced emissions control equipment.

Petrol cars are usually less susceptible to ‘coking up’, as the fuel is actually quite good at cleaning the components as it passes through. However, many modern engines use Gasoline Direct Injection to improve efficiency where petrol is squirted directly into the combustion chamber and doesn’t get passed over as many parts. This means some GDI engines have a reputation for becoming clogged.

Diesels are even more affected, as the fuel itself doesn’t burn as cleanly. The exhaust gases are often fed back into the combustion chamber to be burned again and this movement of sooty fumes is bound to result in a build-up of deposits over time. Once the fumes are finally expelled from the engine they still have to pass through a particulate filter and a catalyst. These too can become clogged with carbon deposits.

So what to you expect at MR Y UK Carbon Cleaning ?

We at Team barkuronline.com congratulate Ashwin Almeida Barkur and his associates for this new venture and request our esteemed visitors to patronize their business and keep your vehicles at their best performance. 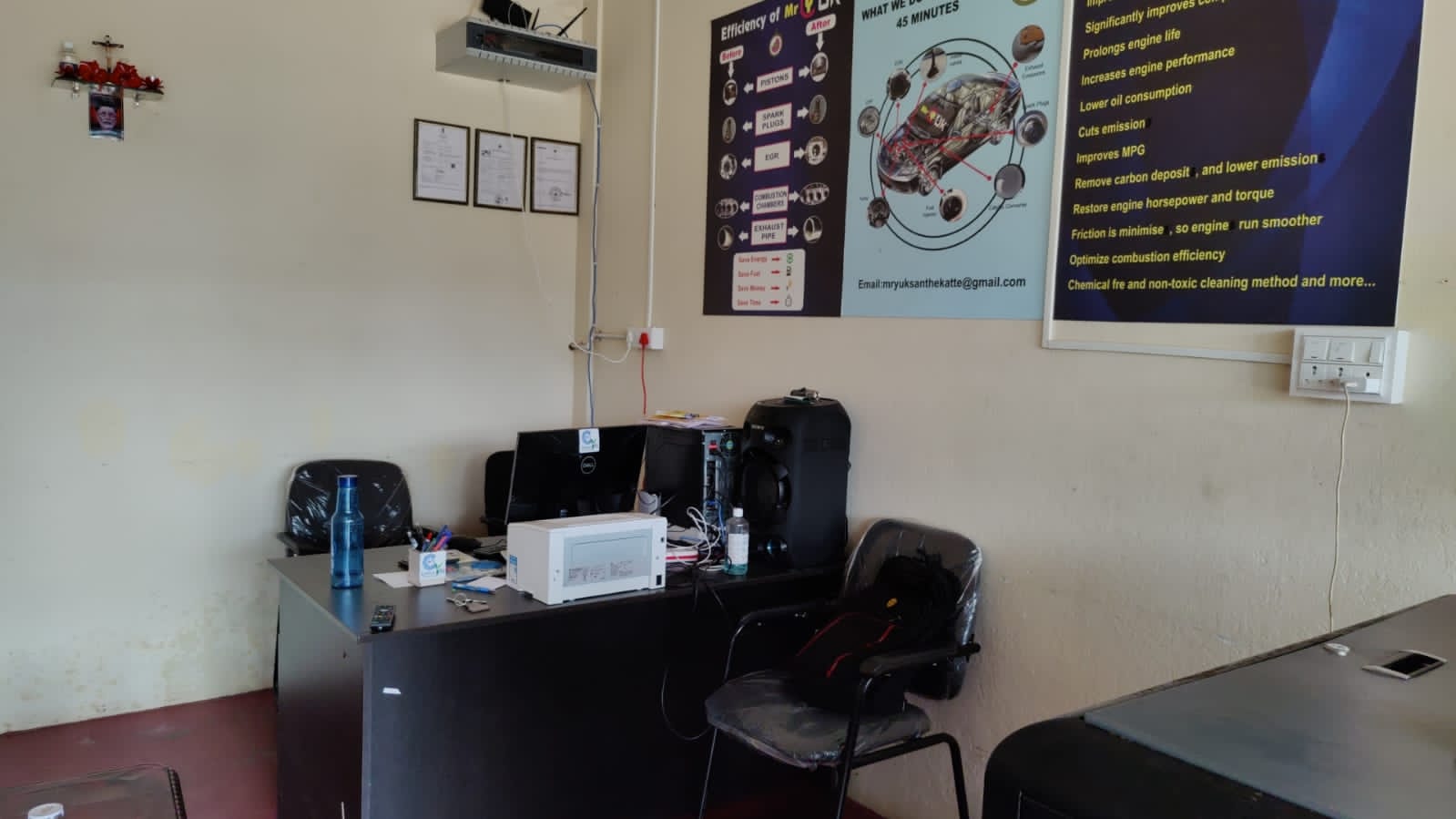 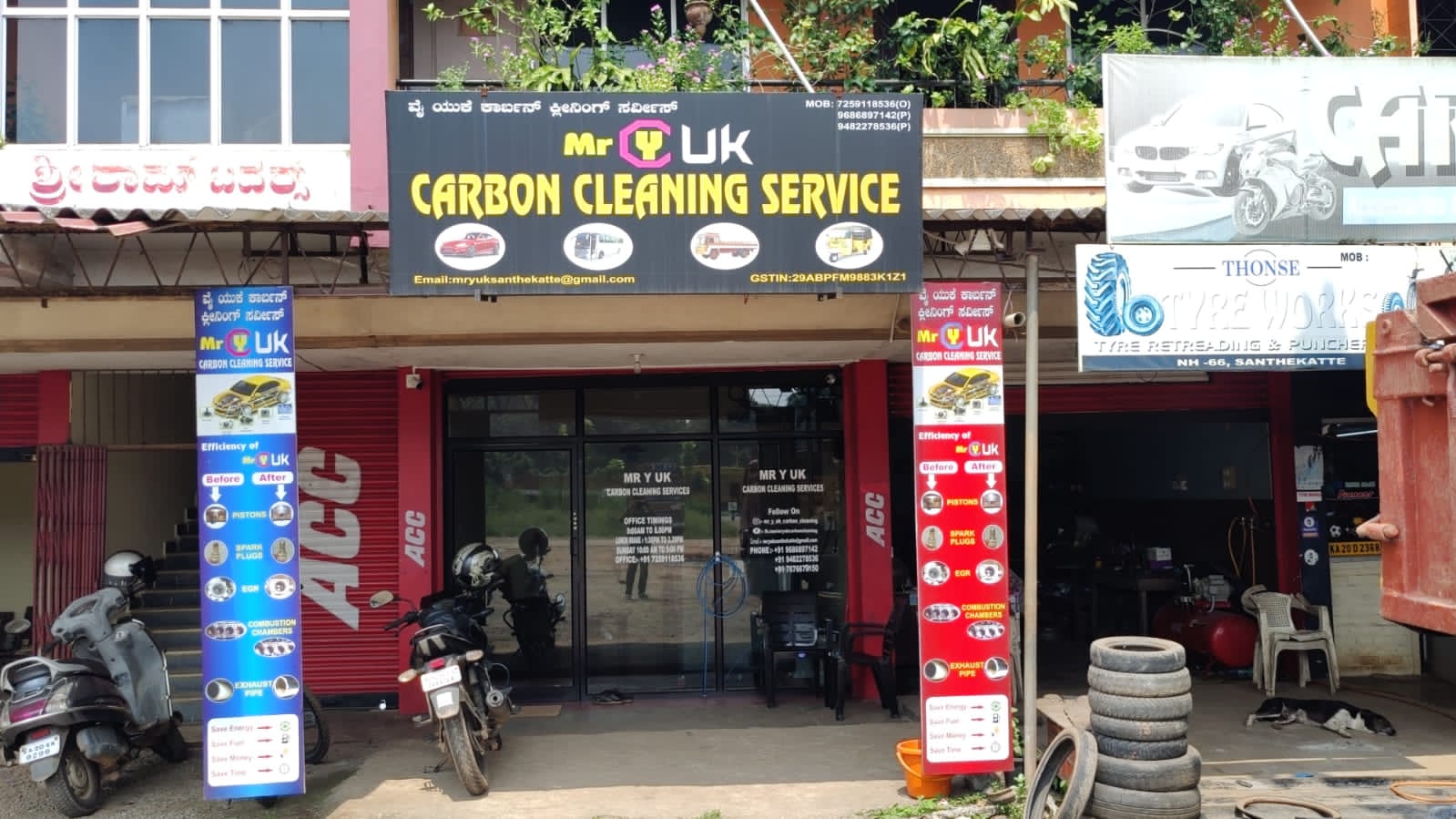 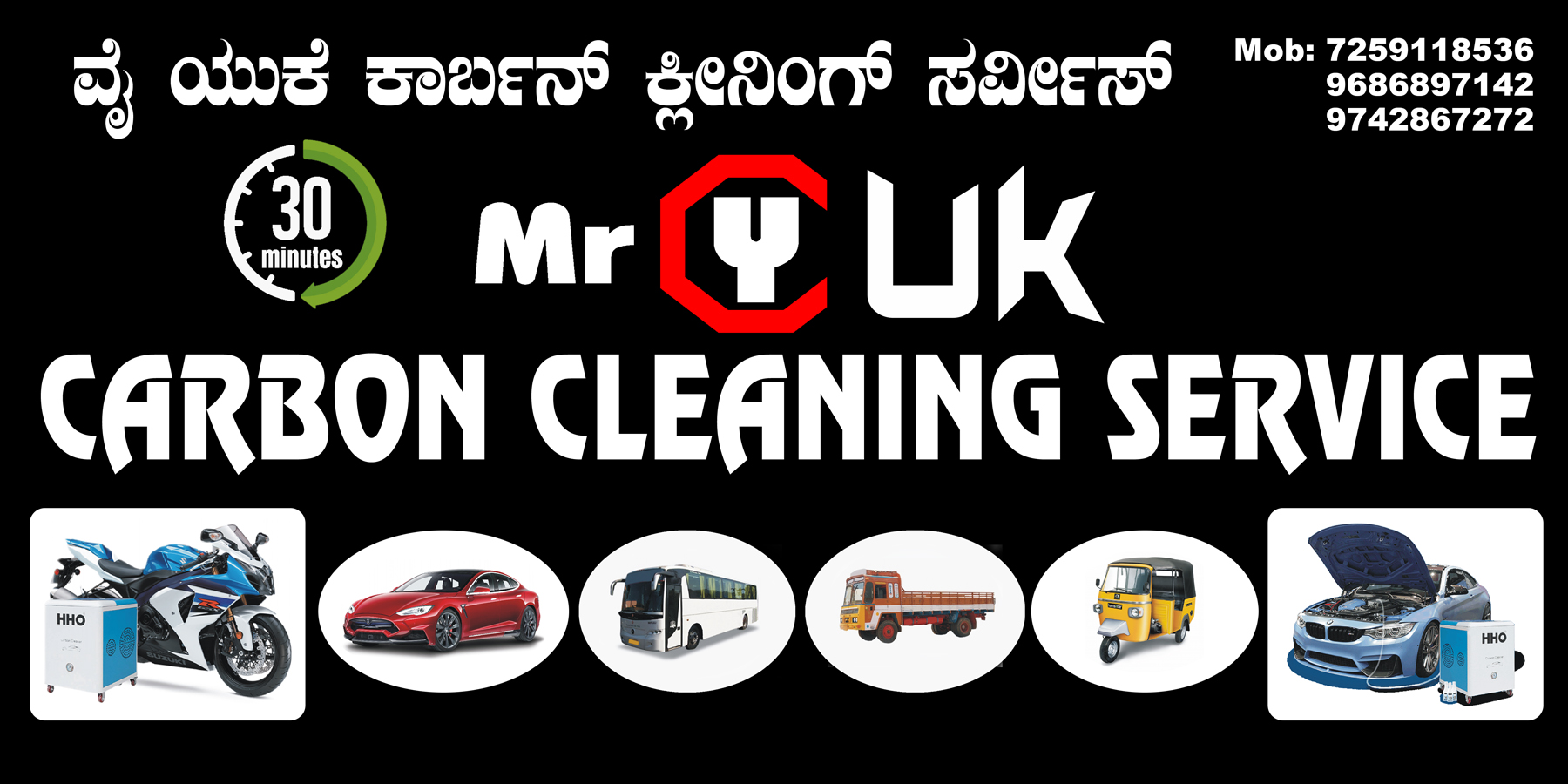