A compassionate Teacher of yesteryears and a crusader against all odds......

There are many great men and women in our Barkur, as above, who needs to be introduced to general public and us at barkur-online, did its little best over the years. We might have reached and tapped just few of them.
Today, we have a great teacher, a mother, a bold fighter with us, whom we all adore and respect.....Yes, she is none other than the teacher of yester years in National High School Barkur, in 1960’s, Mrs Margaret Sequeira wife of Late Salvador Sequeira. 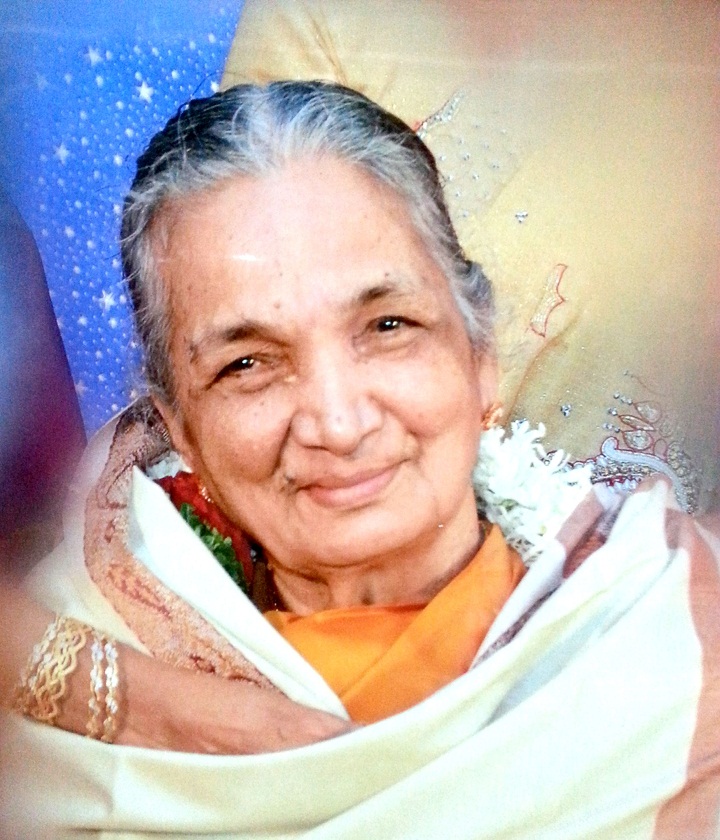 In brief about the Family:
Margaret was born in Tallur, near Kundapur, in a devout family of Fernandes on 13th January, 1941. She was the eldest daughter of Late Immanuel Salvador Fernandes (originally from Barkur – Sarabeedi Kadavu) and Isabella Mendonca, who were blessed with 10 children. She had her early education Class 1 to Class V in our own Maryknoll Hr. Primary School, Barkur and Class VI & VII from Board Hr Elementary School near Church, Barkur and she was moved to Kollegal in Mysore District for her High school studies. Since she was excellent in studies, had a great desire to be a Doctor........! 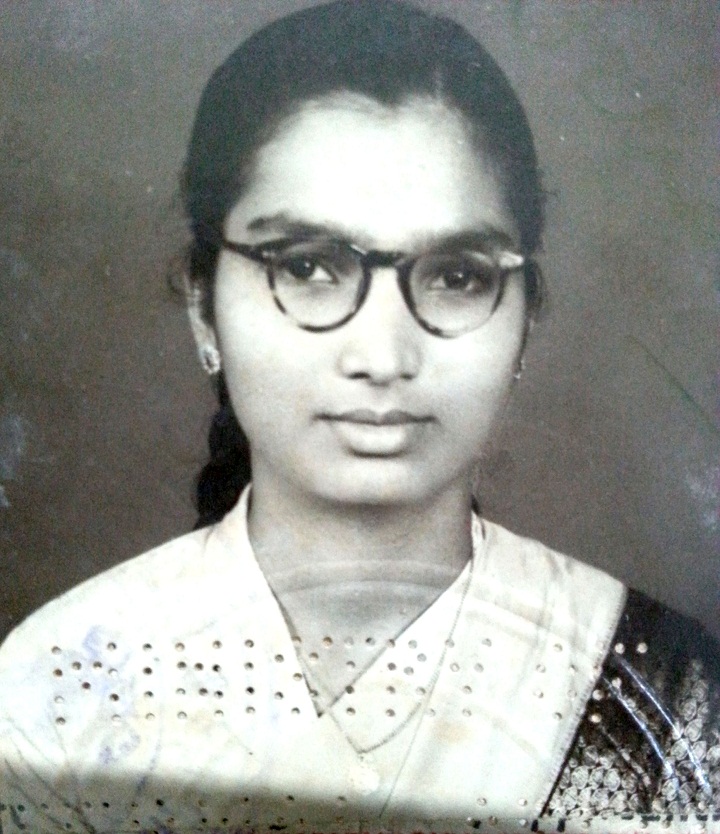 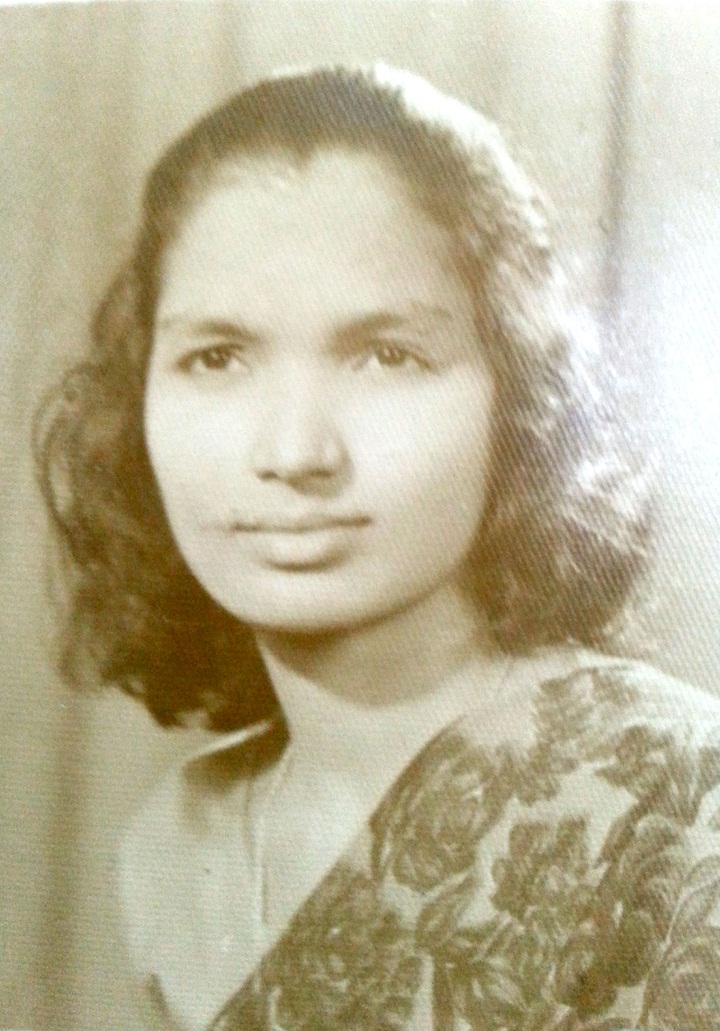 She married to Salvador Sequeira of Barkur – Japkali Kudru on 27-04-1960, when she was just 19. After retiring from Bahrain, Mr Sequeira attempted to try his luck in Fishing Industry, owning a new mechanized fishing boat - Vikranth.....and the legacy continues with sons engaged in business now..... The couple was blessed with five children – Vinod, Ravi, Shaila, Manoj and Ashok. Though Ravi, who was suffering from fits, since childhood was well taken care by parents, had to say good bye to this world at his teenage years, all others are doing well, earning a name of goodwill and place of respect for themselves, like their parents, in the society. 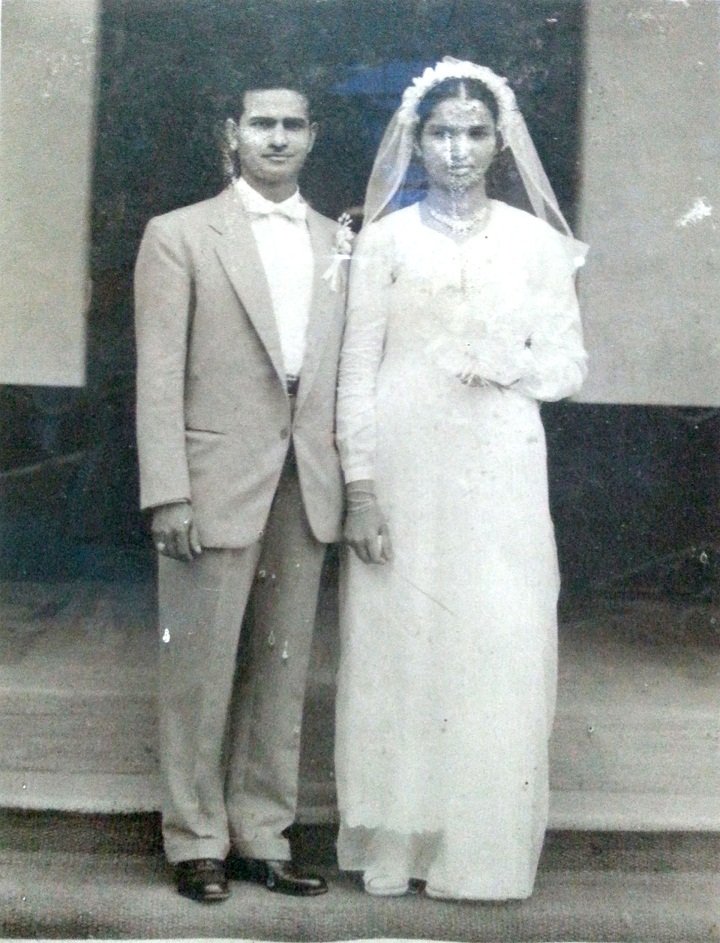 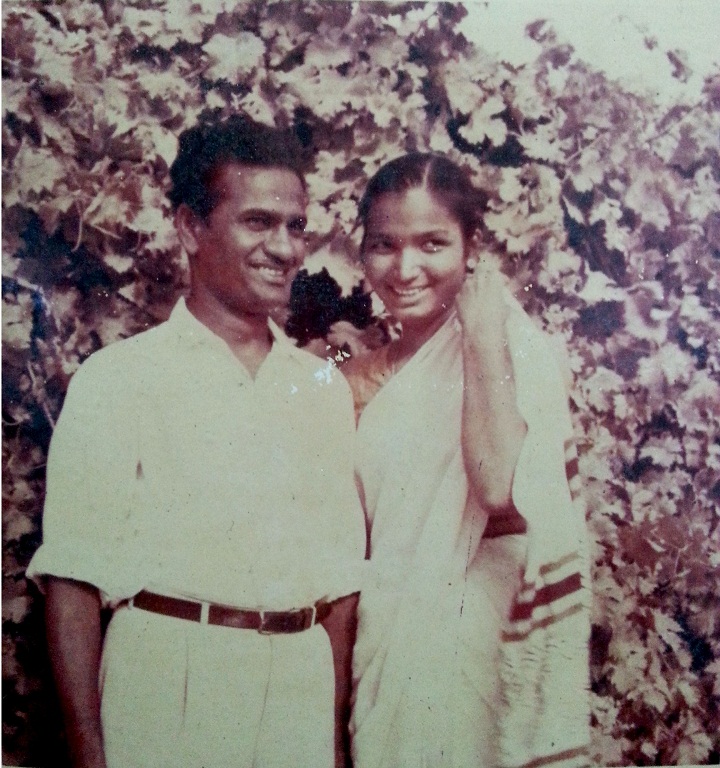 Vinod is my contemporary in CYM days, now grown to be a leading businessman in decorative lights and electrical appliances both in Mangalore and in Udupi. He owns one of the largest showrooms in Karnataka State. Married to Precilla and they are blessed with son Viraj. Manoj is running a business of marble / stones used for buildings, at distant Johannesburg in South Africa. Olinda is his life partner and Manith and Maahir are two sons. Ashok is looking after business in Udupi. Married to Joyce Vandana (presently serving as teacher in MHPS Barkur) and Arnold is their son. Shaila, lone sister married to Vivian Crasta of Kundapur, another household known for business and social work. The couple is blessed with three gifts in daughters – Anusha, Monisha & Tanisha.
In short all the children have the credentials to be POM’s in these pages, in coming days.....! 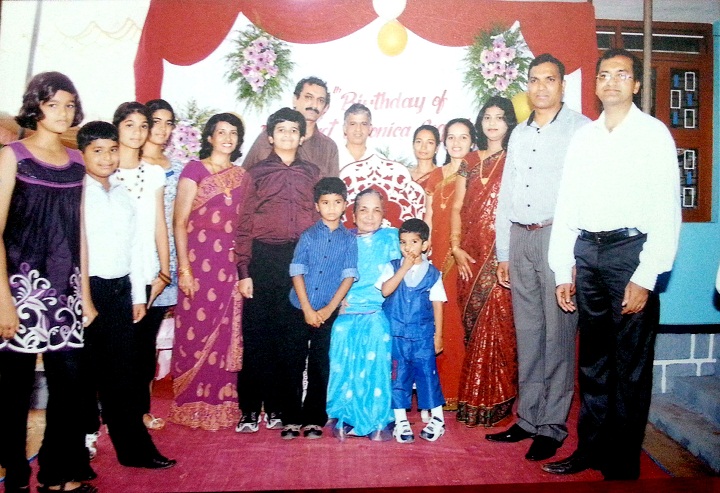 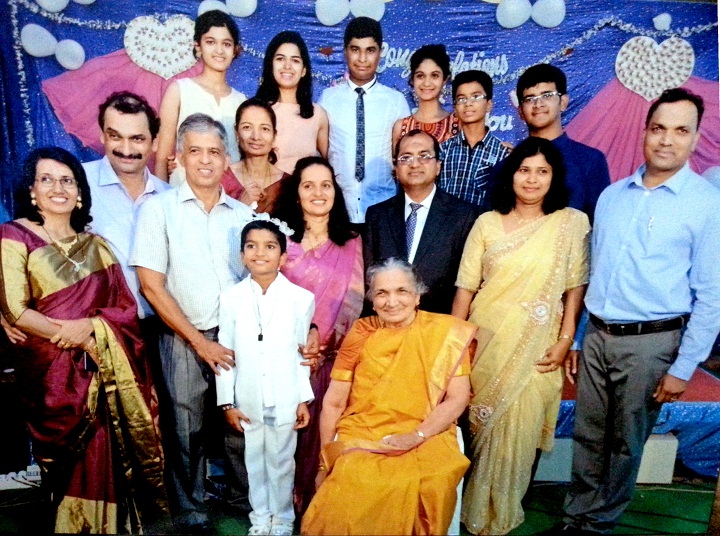 Why Teacher Margaret is unique?
Personally, I heard of her from various sources. During my days in CYM in 80’s, occasionally we used to exchange pleasantries. At the outset she is graceful and had royal attractive looks and majestic appearance. Her old students call back, she taught her students with compassion, with a passion with specific interest. She must have been teacher in the High School for just few years, but the few she taught have high reverence even today.......! The passion for teaching was seen in her, even after moving to Bahrain, as she joined and taught in the famous ‘Sacred School, Bahrain’, 1966 – 67. 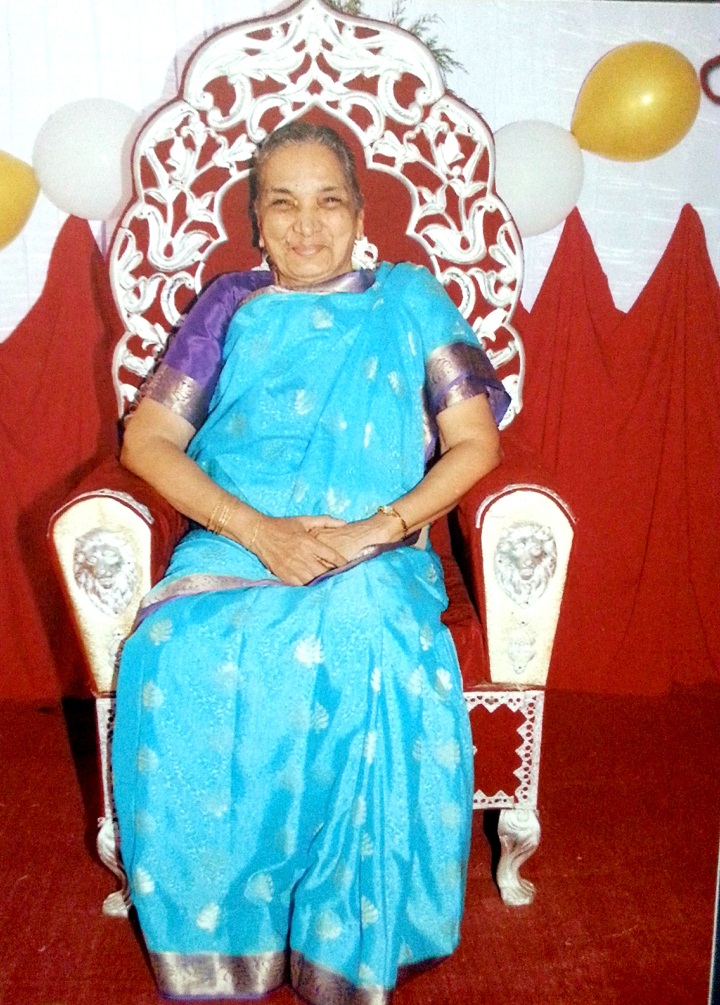 Noble career as a Teacher at National High School Barkur:
In 1960-61, the ‘Barkur Educational Society’ took over the management of the Bharathi Primary School near the NHSS and upgraded to be a higher primary school, up to Class V with the approval of Education Dept. When the strength of the Class VI & VII in the NHSS, being part of High school Studies, became lower than the required to get the teaching grant, these classed were amalgamated with Hanehalli Higher Primary School, which was renamed as National Hr. Primary school with same management. Similarly, other Primary Schools in Barkur were allowed to have Class VI & VII, as Higher Elementary Schools. Many teachers thus far teaching in the NHSS mainly for these classes were either joined one of these upgraded Higher Elementary Schools or few of them opted to stay back at home. It is in these years of transition, Teacher Margaret taught at NHSS......She used to come by walk all the way from Japkali Kudru to NHSS hills........!
In the academic year 1966 -67 Classes XI, was introduced, to call itself as National Higher Secondary School. In the year 1972 - 73 Two years of PUC got introduced, renaming it again as National Junior College, Barkur.
Even after leaving the School the family retained its links and passion for education. Her husband Late Salvador Sequeira has served in the Educational Society Barkur as Member / Office bearer after retirement from Bahrain, for many years. 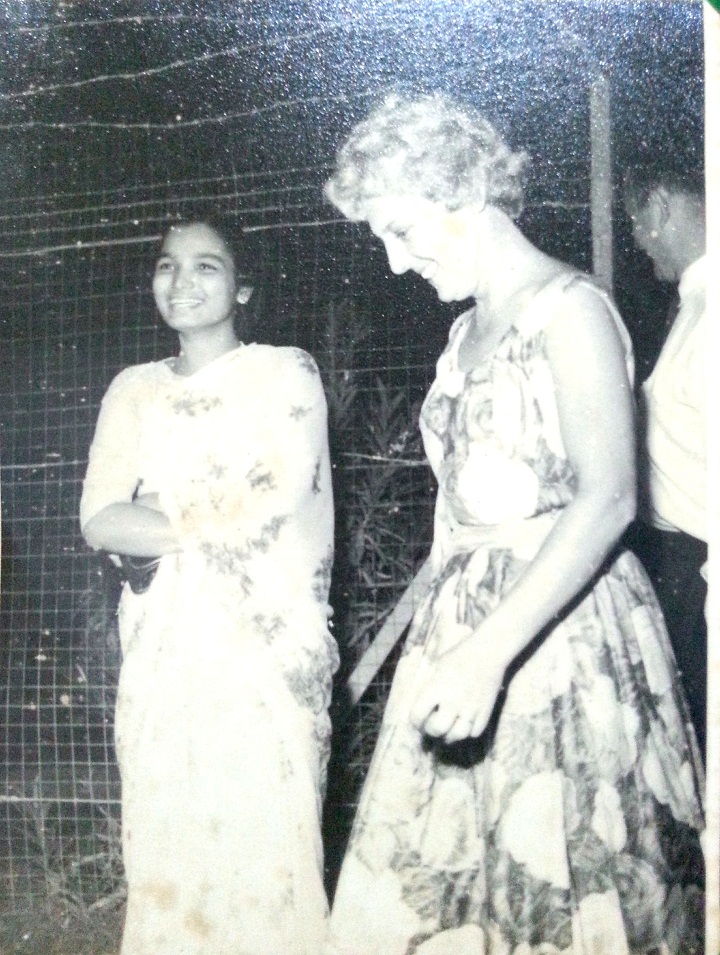 Deteriorating health conditions and put a brave heart to face the challenges:
Now she is 75 years. In recent times she had to undergo treatment for some ailments. What startle one are her attitude towards a happy living and keeping herself engaged in some constructive work and encouraging the younger ones. Basically Margaret is a home maker, a compassionate mother not only for her own but also in the neighbourhood. Sadly since last 5 – 6 years she is suffering from Breast and bone Cancer. Very name of the deadly decease shatters anyone’s hopes in life.....The determination and interest in life and living, in her astonishes everybody. No doubt her faith in prayer and with courage and positive approach she is leading a normal life. She is an exemplary figure to learn how to face challenges in life. I was informed, her disciplined daily routine life – getting up early morning, time for prayers, reading news papers and magazines, spending time with grand children, walking and talking to plants and flowers in the garden etc  keep herself occupied. Today, in rehabilitation Seminars, Doctors at KMC Manipal / renowned religious preachers are citing the example of Teacher Margaret, how to face the life, as it comes.........! Many who know her closer informed, for her knowledge is her power and this power helps her to disperse fear....Gentle exercise, laughing with and constant talking to family members and most importantly never losing hopes and trust on self and Almighty’s miraculous hand, must have carried her to be a crusader against all odds. Her life is a message to all of us:
Barkur-on-line, team feel proud to present her as the ‘Personality of the Month’, whiles her celebrating Platinum Jubilee – 75 years of her life. May Almighty Lord bless her with many more years of happy living with her family. As she always claims, ‘we have brought up our children with high values in life and they are looking after me at my evening of life, very well’.
With all Best wishes.
P. Archibald Furtado 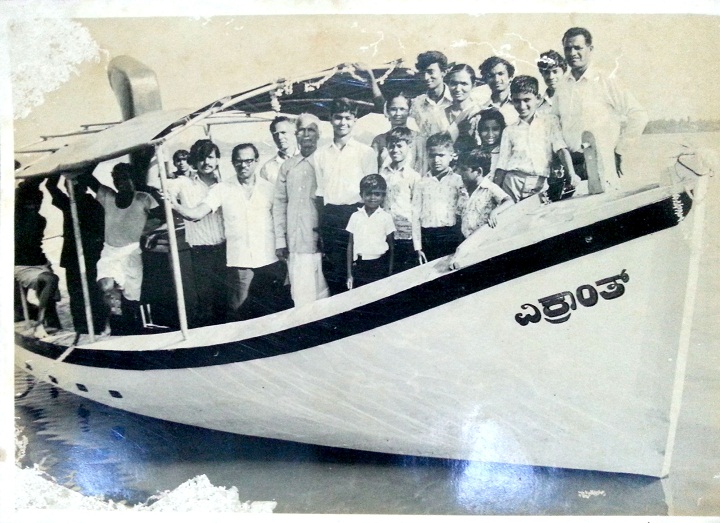 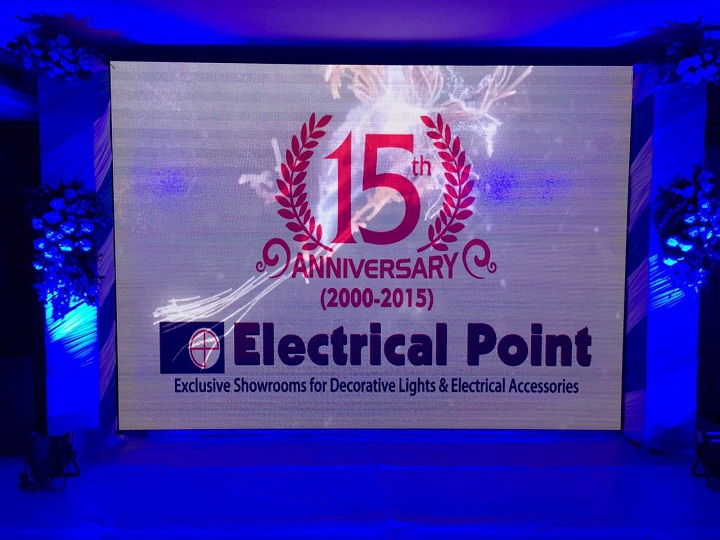