SPA Barkur – Mumbai bounced back with,

For the past 18 or 20 months, all are facing same problems due to Covid 19 pandemic. Nothing is happening as planned or nothing will be planned and we really don’t know when we can lead a normal or tension free life….? Lot many weddings, jubilees, feasts went un-noticed, un-attended, some cancelled, many postponed indefinitely……!. The Religious celebrations and social gatherings converted to be small home or family affairs…..!!

There are exceptionally a few, find new ways and means to reach out, to still larger audience and receive better participation…. And ‘St Peters Association Barkur – Mumbai’ shows us the way…..!!!

It was a customary routine annual affair to have a Get Together of all Barkurians in Mumbai to celebrate Titular Feast of Patron St Peter on the following Sunday, immediately after 29th June, 2021.

In 2020 SPA hosted ‘Kantar Fiesta’ in two parts, an online Entertainment Programme on You Tube, which was enjoyed by hundreds of viewers….Moreover it provided an opportunity to artists like singers and dancers to exhibit their talents.

As usual, all were enthusiastically waiting for SPA to come out, with something new and innovative, today it didn’t disappoint them…..!!

This time a ‘Global Celebration of Patron’s Feast’. In the morning on 4th July, 2021, at 9.30 am the Vicar of Barkur, celebrated the Thanks-giving Holy Mass, in the St Peter Church, Barkur and shared a meaningful homily with days liturgy and while concluding highlighted the life, values and zeal of Apostle Peter who was very dear and near to Jesus who blessed all of abundantly including the SPA, which was always helpful to Barkur parish…..

The evening  ‘Virtual Get Together’ started at 7.15 pm. All SPA well-wishers spread over the globe, forgetting their time constraints and preoccupation, logged in large number to be the witnesses of Festal Celebrations.

Participants were warmed up for 15 minutes and those not so familiar were learned the tricks quickly not miss the proceedings.  Jolvin Furtado artistically presented the slides show of previous years events, at the backdrop of well sung / trumpet played by Winston Suares from New Star Brass Band, Brahmmavar, specially a hymn composed by Eric Soans, “Tu Zaun Asai Khadap Bhavartacho….”

A very special devotional hymn composed and sung by Rev Fr Cyprian Henry DSouza – for this day, titled ‘Pedru’, too was presented, on this occasion.

At sharp 7.30 pm, Mrs Nirmala Rebello lead the prayer to invoke Almighty Lords Blessings on the proceedings and most of the distinguished guests already in the meeting room, Secretary Eric Carvalho took charge to allow and set the proceedings on the move and invited the President of SPA Ivan M Rebello to come forward to welcome all participants to the Gathering. He specially acknowledged the graceful presence of Vicar of Barkur Rev Fr. Philip Neri Aranha and Chief Guest Very Rev Fr. Valerian Mendonca, former Parish Priest of Barkur and Rector of Milagres Cathedral.

Gen Secretary Eric Carvalho briefed the gathering and the SPA parivar what they were able to do in the previous years. What followed next was nostalgic memories shared by two former giants of SPA – Felix Barnes, former President extended festal greetings and gratefully remembered all who served SPA in different times and capacities, (Richard Carvalho another former President conveyed his compliments over phone and wished all success to the festal Get Together and all events planned for the day) and young and energetic Boniface Sequeira while extending festal greetings, outlined the future course of action SPA envisaged for the next 3 years and expressed confidence that today SPA is global and we can converse with all at short notice a magic by science and technology and hoped for more active involvement and participation.

P. Archibald Furtado, privileged to be the founder Secretary, of SPA in 1988, took the opportunity to convey felicitations to the present leadership under Ivan M Rebello and his team, for innovative thoughts, ideas, programmes like this  and bringing together the whole SPA family under one umbrella.

Johnson Martis, an established native young entrepreneur outlined that the future belongs to youth and children and SPA will team up and consolidate its energies and resources to encourage them and requested members too to support in this mission. His well worded presentation, mesmerised and participants spell bound for a while, as MC Eric informed, the generation next will be provided more space…..Johnsons observation as “SPA is a platform to serve the society we live in and get recognised and know each other in the larger society…...”

Vincent DAlmeida, now settled in USA, who had the rare credit of serving with three former Presidents, Simplen Sequeira, Flex Barnes and Henry Roche, almost 10 long years expressed his contentment in acknowledging SPA s manifold services in recent years, as SPA always remained close to his heart and integral part of social life. In future too he assured his support as ‘SPA always his part of life not only while he was in Mumbai but it will be probably for life time’ he expressed…..

The most awaited part of the official part of the day was the address by Chief Guest V. Rev. Fr. Valerian Mendonca, who had high praises for SPA for its best and priceless support, during his tenure in Barkur….. While continuing in his well worded address, insisted SPA to be more kind and generous towards children especially two Schools the jewels in the crown of patron St Peter – Maryknoll Primary School and Maryknoll High School, and insisted on SPA cooperate to continue with this rich legacy which moulded most of present SPA Members…..he also congratulated each and every Barkurian around the globe, and wanted to continue with these sorts of Get together more frequently…..

While summarising the various talks and reports, Parish Priest of Barkur Church Rev Fr Philip Neri Aranha, who presided over the function expressed his satisfaction and contentment to be a part of these SPA celebrations. While recollecting the Associations contribution during past 4 years especially during the renovation and restoration work of century old Gothic marvel Barkur Church about two years back……While concluding Fr Neri assured his prayers for the welfare of all Barkurians living in Mumbai and every nook and corner of this planet…..

Jolvin Furtado, proposed vote of thanks to all distinguished guests for their precious time, with gracious presence and sharing beautiful messages.  He specially mentioned the names of all artists the most part of it coming from The Expressions Group, who are going to perform tonight and thanked them all.

The whole official part of the event meticulously compeered by Secretary Eric Carvalho, with style, crispy and precise information, as the curtains were down conclude the official second part. He also remembered the talented young children participated in the Church Choir trained by master Eric Soans with organ player……

The concluding part Cultural part of the day and youngsters took charge of the fun and frolic of the variety entertainments, which was comprised of:

Online games begun from 9.20 pm onwards, popularly known Tambola, or Housie a online version .....which were well conducted and coordinated by Ajay Jain and his team of youngsters.

A pleasant and wonderful evening come to an end around…..9.45 pm as the participants were enthusiastically participated in the whole show of spectacular event.

Winners of the Housie 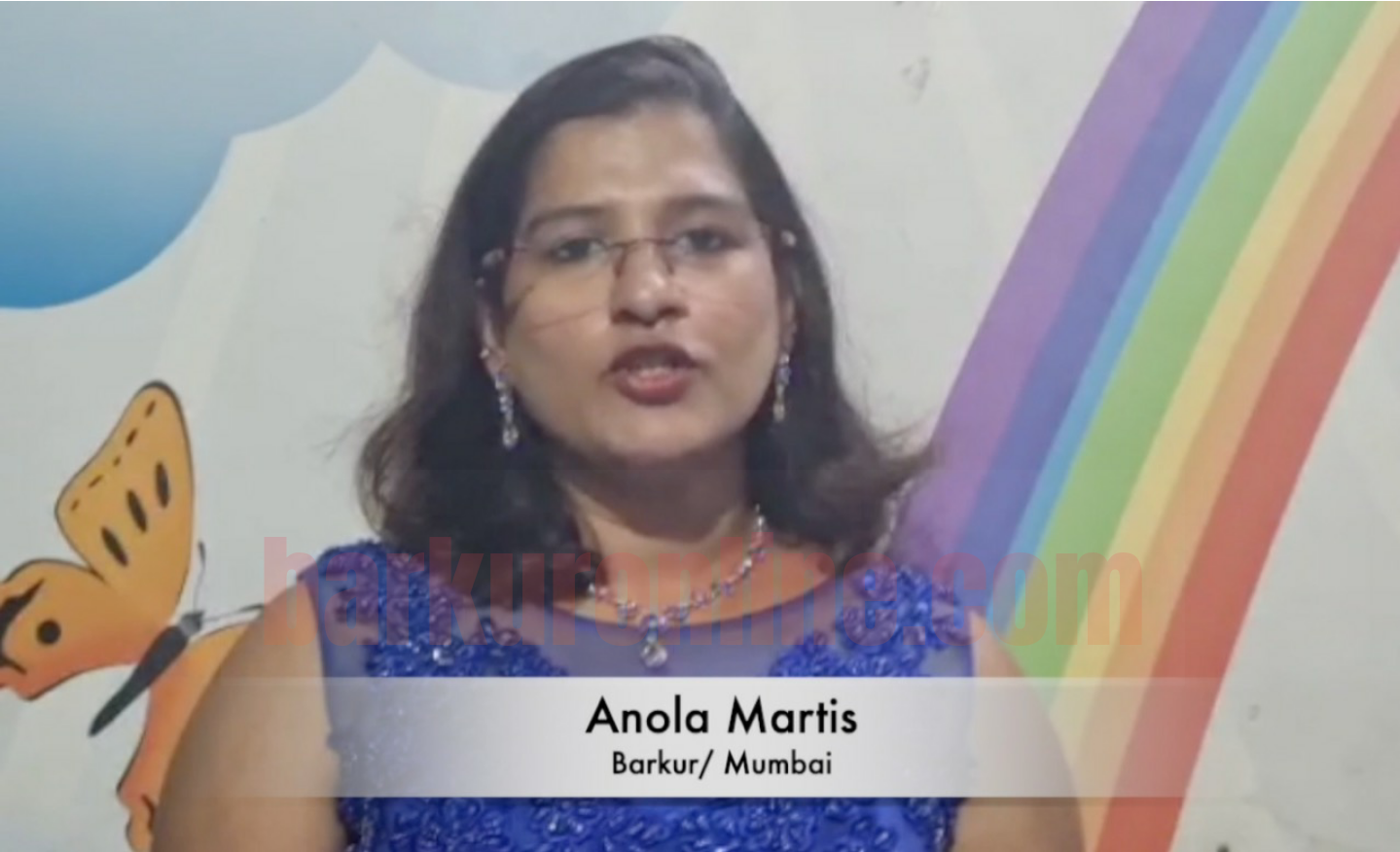 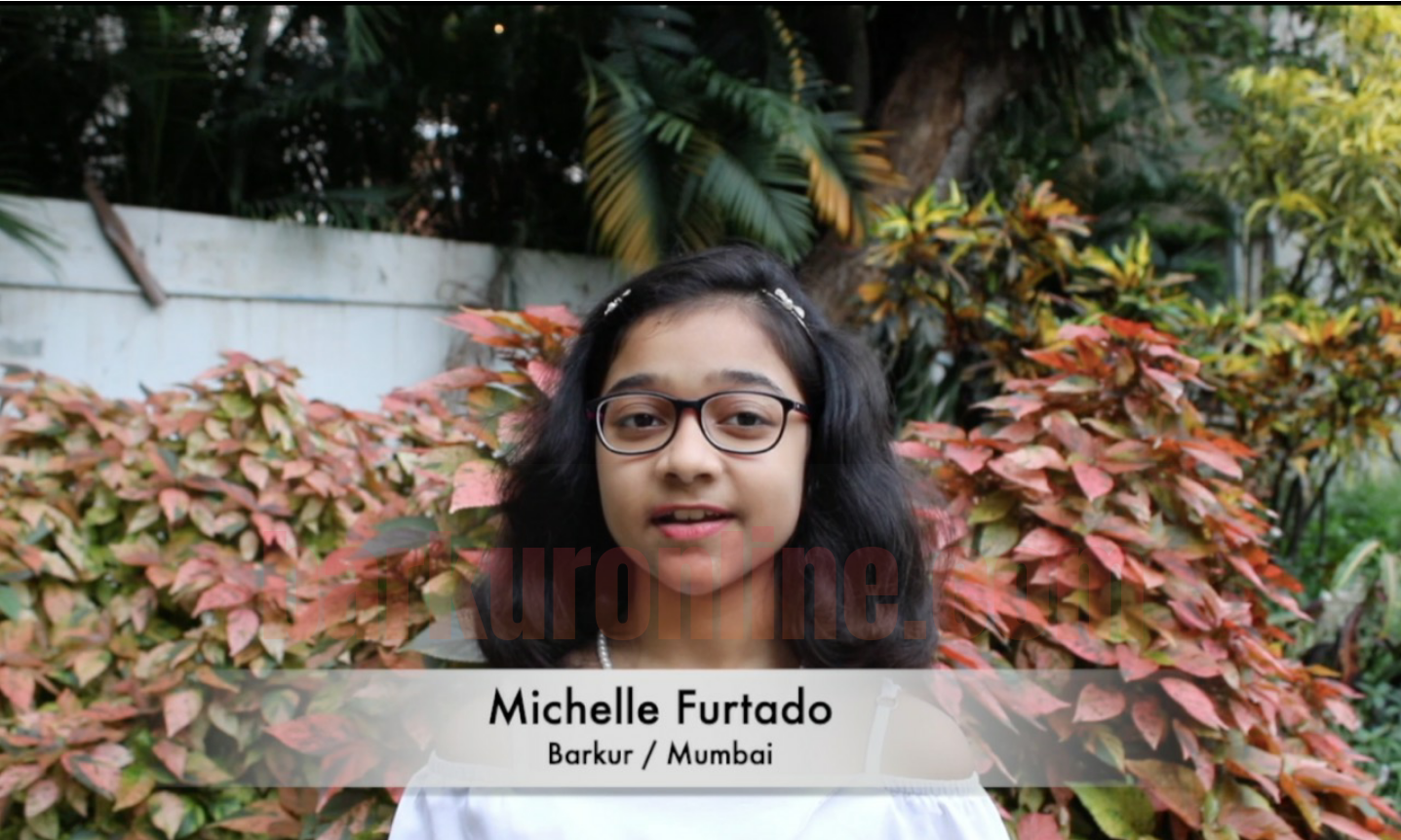 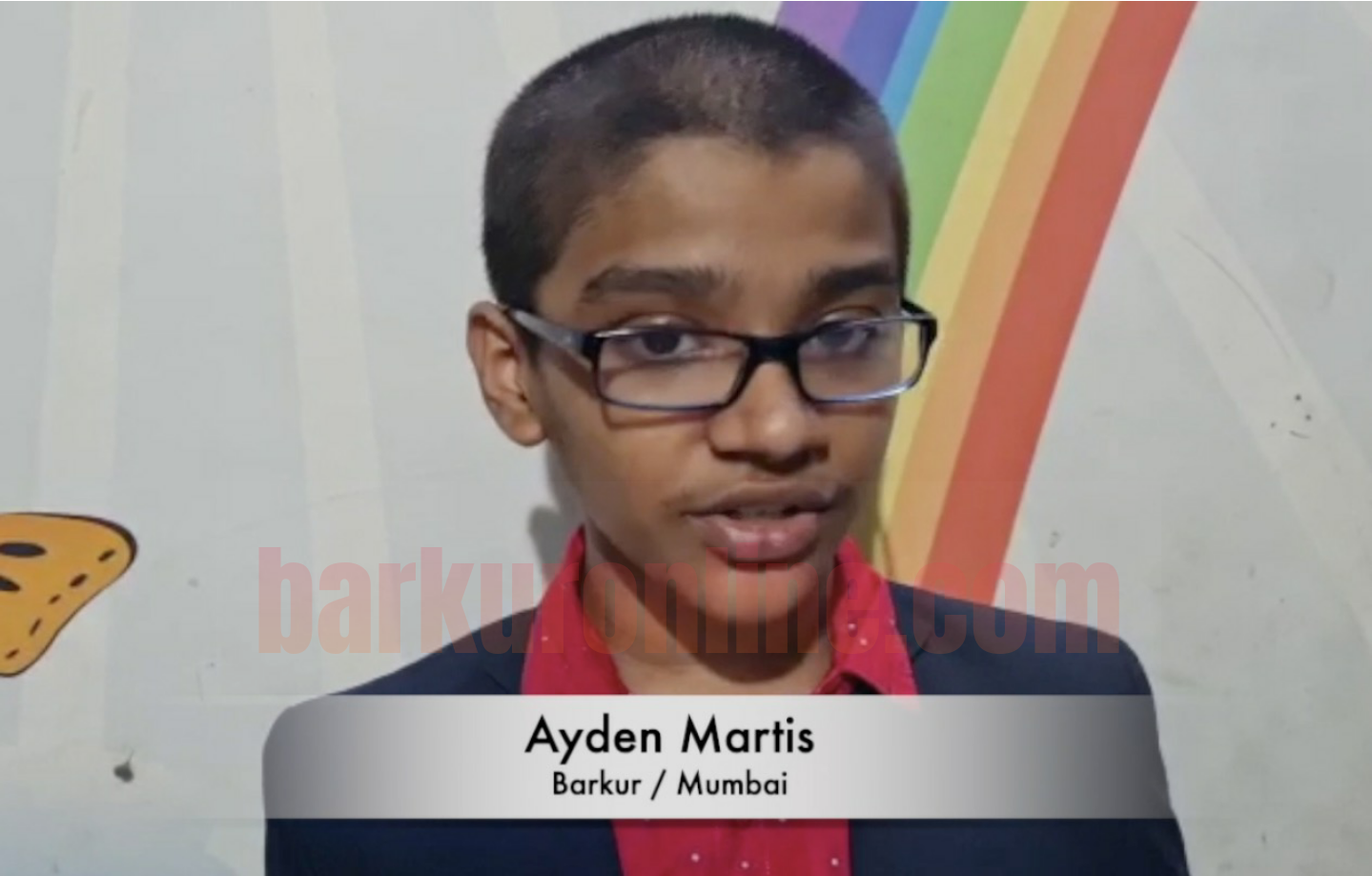 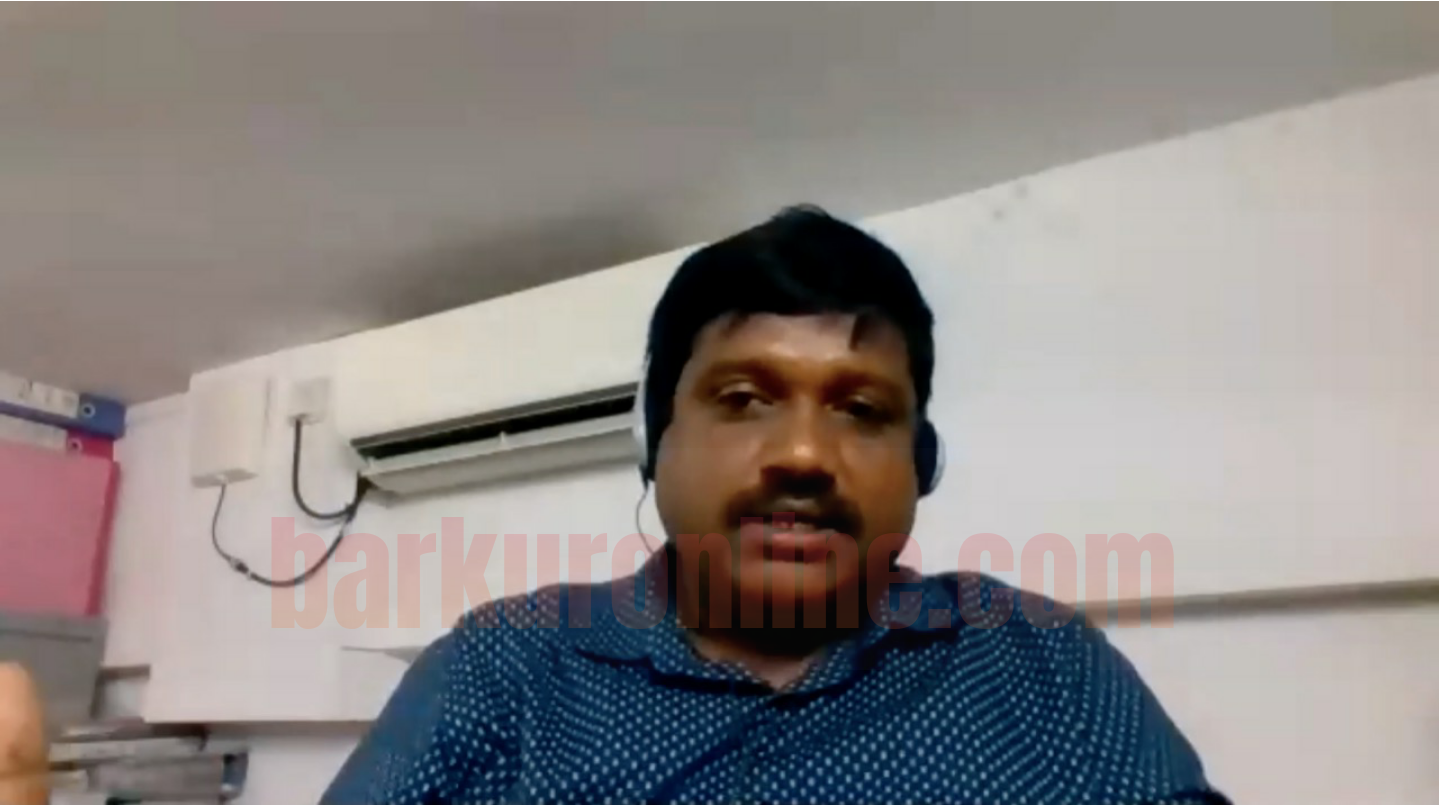