Ganesha Idol from Shri Pattabhiramachandira Temple was taken on grand procession to the Kotekeri lake and immerced with great pride, devotion and festive mood on Sunday 23rd September 2012.

The procession started from the temple and proceeded to the lake , through the car street in Barkur. Instead of the usual decoared tableu vehicles, the idol was carried manually in decorated palki was the speciality this year.  Plenty devotees attended the procession and particapted in music and dance.  Later the idol was placed in the traditional twin boats termed as 'sangod' in the lake and later immderced in the water as the devotees cheered Lord Ganesha with "ganapathi bappa moarya, fudlea varshi lavakar yaa"  asking him to come back early in the next year.  Here are the pics speaking for themselves. 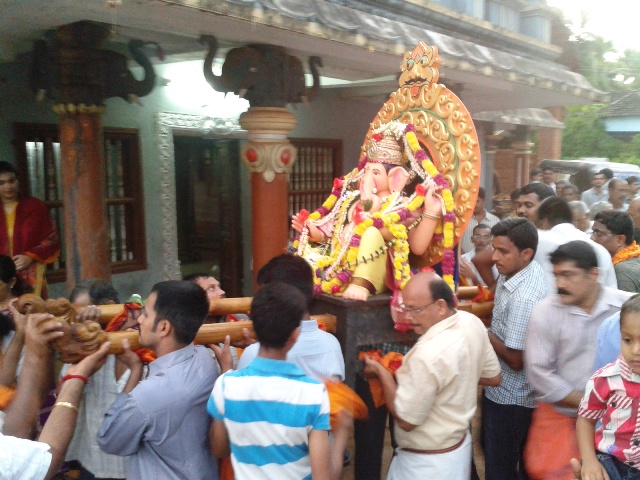 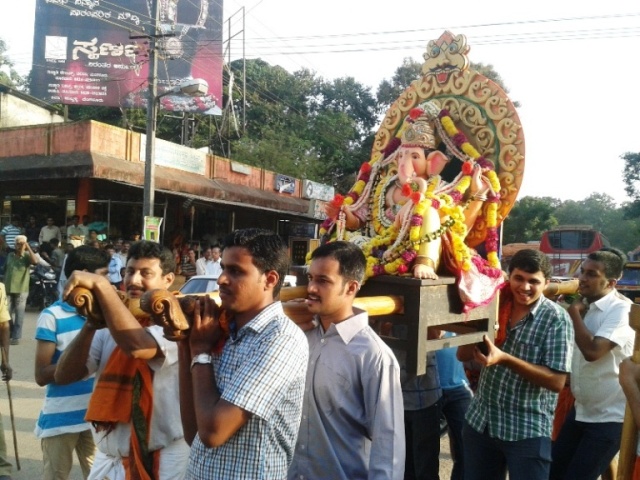 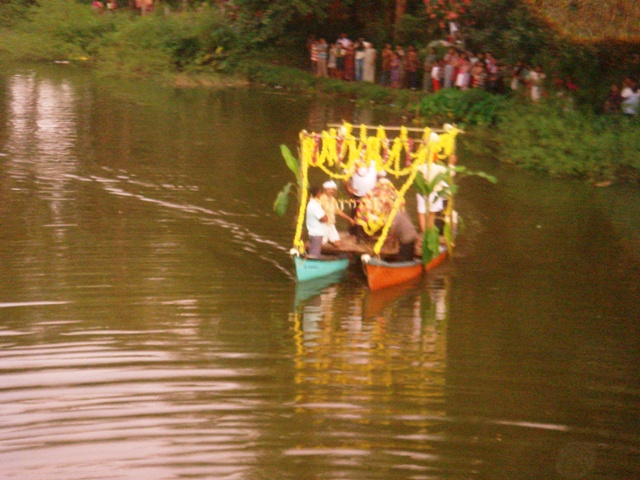